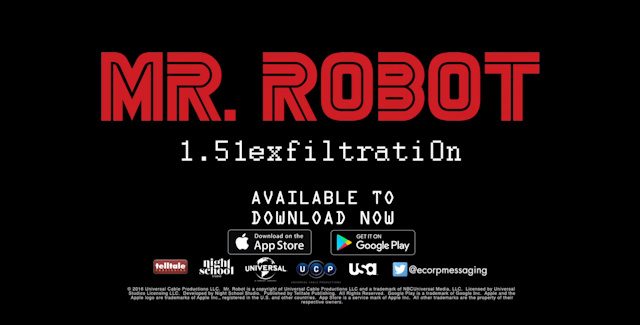 Here we will show you how to unlock all Mr Robot Video Game codes with a cheats list that’s valid for the Mobile versions (where available).

In Mr. Robot eps1.51exfiltrati0n, you’ll use the E-Corp messaging app to communicate in real time with characters from the show, making dialog choices that directly affect how the story flows. Make a choice then live with the far-reaching consequences in this hi-tech narrative drama driven by YOU.

In this behind the scenes look at Mr. Robot eps1.51exfiltrati0n, hear from the developers at Nightschool Studio on how the project came to life, as well as the compelling challenge of developing an interactive narrative in such an ambitious and subversive series.

Do you know of any Mr Robot Video Game cheats or unlockables?
Let us know in the comments, you’ll get credit for finding out. – Thanks for visiting!