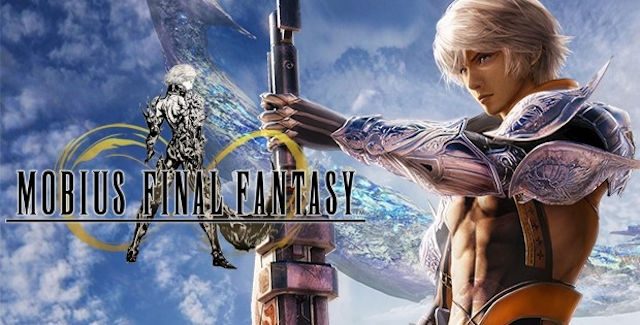 This Mobius Final Fantasy walkthrough will guide you through the beginning to ending moments of gameplay with strategy tips for this free-to-play RPG game on iOS & Android.

Please note that viewers must be at least 12 to watch, so no harm comes to those with innocent eyes. This game includes Infrequent/Mild Cartoon or Fantasy Violence
Infrequent/Mild Sexual Content and Nudity.

Story: The Warrior of Light

Despair has cast a long, dark shadow across this land. The winds have stopped, the seas churn, and the earth rots.

The people await for a hero to appear—the hero foretold in an ancient prophecy: “When darkness shrouds the land, the Warrior of Light will come. Hope rides in his wake.”

After a long journey across the Ether, castaways without pasts appear on the shores of Palamecia. One of them is destined to become the warrior of legend.

You stand among them.

Are you the hero whom the prophecy foretells?

Furo will be your guide showing you around the game’s areas.

Daily Missions Info: Daily missions are small challenges that you can complete each day to receive rewards.
These mission rewards are: Magicite, Summon Tickets, Tickets of Recall, and Runic Tablets.
Select the top option in the “Social” menu to check out the daily mission’s details and your current progress.

Requirements: 3 Mystic Tablets must be used to unlock this region.
After unlocking it, when you start playing this bonus region (it’s for low-level players), you’ll have 30 minutes to make progress in this region before you are sent back.

[Work-In-Progress: More chapters coming as soon as they are available]

Thanks to Square Enix, Furo & TapGameplay for the walkthrough videos.