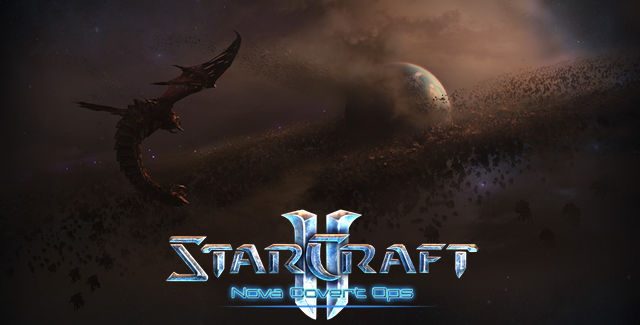 Our Starcraft 2: Nova Covert Ops – Mission Pack 2 walkthrough will guide you through the beginning to ending moments of gameplay with strategy tips for this real-time strategy game DLC on the PC & Mac.

This DLC campaign takes place a few years after the epilogue of Legacy of the Void (post-2508). The second set of three missions of the Nova Covert Ops single-player campaign have arrived for StarCraft II. Your decrypted briefing is ready, Commander.

Please note that viewers must be at least 13 to 16 to watch, in America & Europe respectively, so no harm comes to those with innocent eyes. This game contains depictions of violence.

In nine action-strategy missions spanning three mission packs, you’ll play as Nova Terra, the Dominion’s most powerful Ghost, and undertake assignments that are as dangerous as they are vital to the survival of the Dominion: infiltrating enemy bases, intercepting planetary invasions, helming experimental stealth ships, and other top-secret operations.

Pre-purchase the complete bundle now and receive an in-game portrait of Nova and a special Covert Ops skin for your Ghosts in StarCraft II. – While the Nova portrait is a pre-order bonus only, you can actually unlock the Ghost skin without the pre-purchase after completing all nine missions of the Nova campaign.

In the first of three mission packs, you assume the role of Nova Terra. Re-immerse yourself in the Koprulu sector, strategize against the Defenders of Man, and help Emperor Valerian Mengsk restore peace and unity to the Dominion. – Customize your equipment, select special army upgrades, and utilize powerful psionic ghost abilities to work your way through each mission to victory.

Name: November Annabella Terra (Agent X41822N)
Callsign: Nova
Date of Birth: XXXX
Birthplace: Tarsonis
Status: M.I.A.
Bio: November “Nova” Terra spent the best parts of her youth as the golden child of one of Tarsonis’ wealthy Old Families. Though she exhibited signs of burgeoning psionic potential, Nova’s parents insisted that she was merely sensitive or “empathetic,” hoping to keep her abilities a secret (as much from the Ghost Academy that would conscript their child as from Nova herself).

When her family was violently betrayed and her telekinetic powers became destructively apparent, Nova was forced into hiding in the crime-ridden slums of Tarsonis’ Gutter. The story of Nova’s emergence from the Gutter is apocryphal, but the burden of psionic abilities and the pain of her family’s ruin led her to seek refuge among the very Ghosts her parents hoped to keep her from.

Supremely dedicated, Nova excelled as a trainee in the Ghost Academy on Ursa, eventually earning the questionable reward of a mind-wipe that erased all recollection of her tragic youth – and the majority of her long-term memory with it.

As a full-fledged Ghost operative, Nova’s duties have included battling zerg, investigating the psionic killers known as Spectres, and even dealing with noted enemy of the people Jim Raynor. Her service record has seen her assigned tasks of increasing importance to the leadership of the Dominion, and she stands ready to be dispatched on missions that will make her past pale in comparison.

Important Note: The Nova Covert Ops mission packs require at least the “StarCraft II Starter Edition” to download and play them. – Although Internet Connection is required, as well as Battle.net registration and the Battle.net Desktop Application are required for use.

How To Start The Nova Mission Packs: The second mission pack consists of three missions and can be accessed by selecting “Campaign” and then going to “Nova: Covert Ops”.

Nova Mission Pack 2 Synopsis: November “Nova” Terra (Agent X41822N) continues her mission. In the first mission pack, Nova awakened in a strange facility owned by the Defenders of Man with no recollection of her last mission… or of being wanted for terrorist strikes against the Dominion.

Through much effort, she infiltrated a Defenders of Man base beneath Tarsonis City and learned of their next move: a staged zerg attack on the resort planet of Tyrador IX. Using psi-emitters, the Defenders of Man plan to draw zerg to strike the civilian world, with the goal of rousing fear and dissent against Emperor Valerian. Now, only Nova and her Covert Ops team can stop them.

Acts of treachery have far-reaching consequences for the Terran Dominion. The conspiracy against Emperor Valerian takes a dark turn as Nova and her crew race to stop a vicious zerg attack before thousands of lives are lost.

Mission Pack 2 picks up where the last one ended. You’ll carry over the weapons and upgrades you earned in the previous missions and earn even more. You’ll take control of Liberators and Goliaths and grant them enhanced technology, such as self-repair and cloaking. These enhancements will be of vital importance as your determined enemies will be stronger than ever before.

The second mission takes place on the mostly unknown world of Jarban Minor, a planet the Umojan Protectorate attempted to colonize but failed for unknown reasons. Something tells us that before the night is over, we will learn of their fate.

Video Guide: I will be your voice-over commentator guiding you around the game’s map areas on Brutal difficulty mode!

Custom Loadout Tips: Along the way, Nova will become increasingly powerful and customizable as you discover and unlock additional equipment for her to take into the field. Ever wonder how unstoppable a cloaked Nova would be like with a shotgun in her hands? Now you can find out.

Beyond Nova, you can also customize your units and the equipment they bring into battle. For example, if a map has a lot of cliffs and ravines, you might want to consider equipping your Siege Tanks with Jump Jet Technology so that they can easily make their way up and down those steep cliffs! Alternatively, you may want to opt to grant them defensive Spider Mines so that they are more difficult to take down.

Strategy Tips: In Nova Covert Ops you can expect to find missions unlike anything you’ve played before. Use your tactics in stealth and strategy to overcome situations that are impossible with brute force alone and feel what it’s like to be a trained Dominion Ghost in the field. As the story progresses, those who apply tactical planning towards their objectives will find the greatest success, but don’t expect to be able to plan for every turn of events!

Vehicle Tip: Banshees excel at dealing damage, but not at surviving it. Use their Stealth Cloak ability and avoid detectors to keep them alive. — Experiment with different equipment and unit technology in response to the types of enemies you expect to combat.

– Nova Mission Pack 3 Synopsis: With no alternatives left, you must make sacrifices to ensure the future of the Terran Dominion.

Thanks to Blizzard & Doug for the walkthrough videos.