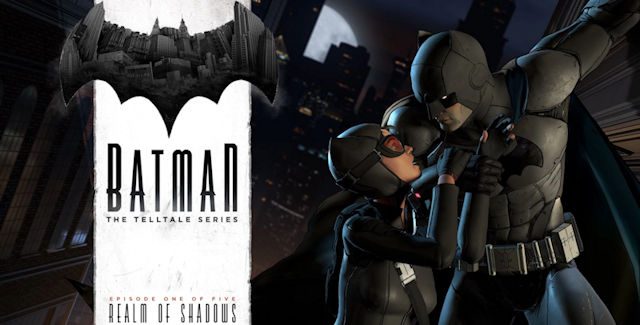 Here are some of the newly discovered Batman: The Telltale Series glitches and solutions.

Note that these Batman: The Telltale Series glitches can of course get patched by Telltale Games at any time. But you might encounter the here-under listed glitches for yourself in the meantime.

How To Fix Glitches: Download the latest patch for Batman: The Telltale Series, Telltale will use patches/updates to try and fix the most common glitches in the PC version (game seems to run OK on consoles).

Here’s the list of changes that will be implemented on August 3rd, 2016.

An update contains changes that are permanently stored on your system and only needs to be downloaded once. You can download the latest update by launching Batman: The Telltale Series while connected to the Steam client. You will be prompted to install the update if you do not already have the latest version. — Note: Please also be sure that your drivers are up to date before running the game.

To quote Telltale: “We are aware that some users have experienced performance issues with BATMAN – The Telltale Series on Steam when playing on PC (Mac version coming very soon). Investigations indicate that many of these issues appear to have been due to running the game on integrated graphics cards rather than dedicated, or were the result of out of date drivers. Special thanks to those in the community who have already helped others resolve these issues before a patch could go live. – We thank you for your patience. We will continue to investigate any performance reports as they appear, and will update here accordingly.”

If while you’re playing Batman: The Telltale Series on PC you’re experiencing lower than ideal frames per second (FPS) or even stuttering gameplay, you should first check if your system can handle the game.

If you can handle the game, then for PC users there’s a myriad of causes that might be causing you issues. That’s why, as of August 2nd 2016, the latest driver numbers for both NVIDIA and AMD cards have been recommended downloads so your graphics card is fully up to date to play the game with less/no issues. The latest driver versions can be found below:

Have you encountered any Batman: The Telltale Series glitches?