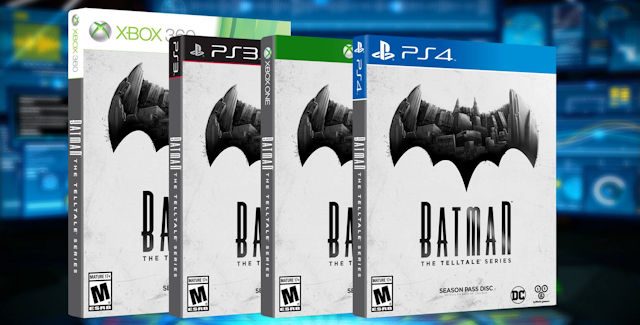 The Batman: The Telltale Series walkthrough for “Episode 1: Realm of Shadows” will guide you through the beginning to ending moments of gameplay with strategy tips for this graphic adventure game on the PC, Mac, Xbox 360, Xbox One, PS3, PS4 & Mobile (iOS and Android-based devices).

The full Batman: The Telltale Series walkthrough is livestreamed by me right now!

Please note that viewers must be at least age 18 to watch. Fair warning given because the game includes Extreme Violence described as “Violence towards defenceless people”.

Batman: The Telltale Series Season One is a five part episodic game series.

Additionally, here’s a developer discussion for Episode 1. Telltale’s CEO Kevin Bruner, and the game’s Executive Producer, Sean O’Connor, discuss the origins of the game and what you can expect in this new five part series from Telltale.

Welcome to the Batman: The Telltale Series Episode 1 walkthrough!

At the top of this page Doug is your voice-over commentator showing you around the game’s chapters. – He makes all the nice-guy choices above. Below you’ll find a more evil playthrough with different choices (with Crowd Play turned on).

Synopsis: As Batman, you’ll encounter classic allies and adversaries, and as Bruce, you’ll learn the true meaning of what it means to be the man behind the cowl.

The Episode 1 chapter names are:

• Chapter 1: Welcome to Gotham
• Chapter 2: The One that Got Away
• Chapter 3: Meet the Press
• Chapter 4: World’s Greatest Detective
• Chapter 5: Room with a View
• Chapter 6: Family Secrets

Alternative playthrough for the full Episode 1:

Overview for all Alternative Choices in Batman: The Telltale Series – Episode 1 “The Realm of Shadows”:

• Did you stick up for Harvey in front of Falcone?
• Did you provide a quote for Vicki’s story?
• Did you break the docks shooter’s arm?
• Who did you give the Falcone data to?
• How did Batman deal with Falcone at the end?

Next Episode: Please join our “Batman: The Telltale Series Episode 2 Release Date” discussion about what will happen in Episode 2.

Thanks to Telltale Games, Doug & GamerZombie for the walkthrough videos.