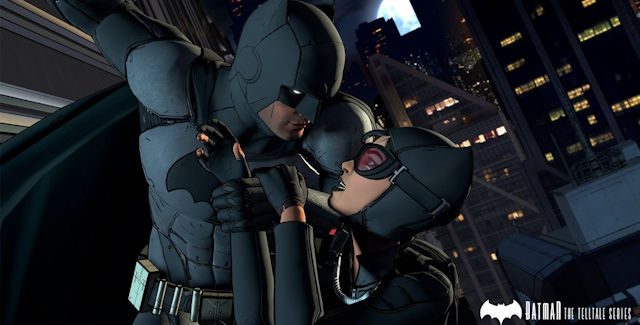 What is the Batman: The Telltale Series Episode 2 release date? Telltale Games has promised that on average with their episodic games you can expect a new downloadable episode every 5 to 8 weeks. Note that prior Telltale series took at least 9 to 12 weeks to get a second episode. However, like Minecraft: Story Mode, this Batman series has a retail disc version for Season 1 coming out next month, on September 13th, which may also coincide with the second episode launch. It’s since been officially confirmed that Episode 2 (titled “Children of Arkham”) is arriving on September 20th, 2016 worldwide on PC, PS4 & Xbox One!

Episode 2 Synopsis:
“Alfred Pennyworth: When your parents died, they left me as caretaker… of their estate… their son… and their secrets. I would never betray them. – Your parents were good people, Bruce. No matter what that thug Falcone told you.
Bruce Wayne: Then swear to me there’s no truth to it.
Lieutenant James Gordon: The evidence you brought me on Falcone held up… maybe I misjudged you.
Vicki Vale: Now Batman’s beating up mobsters, too. Wonder who he’s after next…
Thomas Elliot (Hush’s alter ego): *picks up the photo of Bruce’s parents & Alfred with Carmine Falcone* [while looking at the Wayne Enterprises skyscraper]
Oswald Cobblepot (as Penguin): Hell of a view. [said while he was at Falcone’s Skylight club that Batman destroyed in Episode 1]
Harvey Dent: Bruce, the Wayne name is toxic. I have to do what’s best for my campaign… what’s best for Gotham. I have to distance myself.
Selina Kyle (as Catwoman): *Stares into Batman’s eyes.*
Bruce Wayne (as Batman): I will find the truth. …along with anyone who stands in my way.”

Up next is the first “Batman: Unmasked” interview with the Batman: The Telltale Series developers:

August 25 Update: On Saturday, September 3rd at 8:30 PM, Telltale will be playing BATMAN – The Telltale Series on the big screen in the Wyvern Theatre at the Westin for PAX West 2016. Special bonus: they even promised to show an exclusive extended first look at the upcoming Episode 2: Children of Arkham!

September 2 Update: Telltale has confirmed the launch date for Episode 2: “The second of five episodes in the season, Episode 2: ‘Children of Arkham’ will be available digitally worldwide starting Tuesday September 20th on PC, PlayStation 4, and Xbox One. We’ll be announcing release dates for additional platforms later in September as well.”

In this second episode, Greg talks with Brandon Jones from Easy Allies, writer Zack Keller and Catwoman herself Laura Bailey. They discuss the events of Episode One – ‘Realm of Shadows’, dive deep into the creative process behind bringing Catwoman to life, as well as theories on where the story could go in future episodes.

Future Updates: This section is reserved for future updates like the Episode 2 launch trailer.