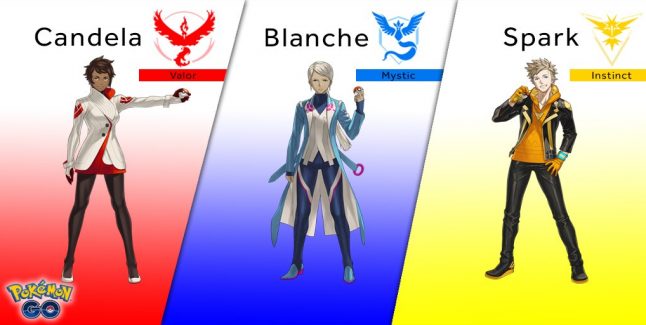 Pokemon Go has already taken over San Diego Comic-Con, and whether you are on Team Mystic, Team Valor or Team Instinct, we now have new details on the future of the game from Sunday’s panel.

John Hanke, chief executive officer of Niantic Labs who’s responsible for getting Pokemon Go on your phone, unequivocally confirmed that he would announce no new legendary Pokemon today.

However, at what is the first video game panel to be held in Hall H, he did introduce the leaders for Team Mystic, Team Valor and Team Instinct.

Team Valor is led by Candela, who wears a white jacket with red accents to go along with her team’s color. 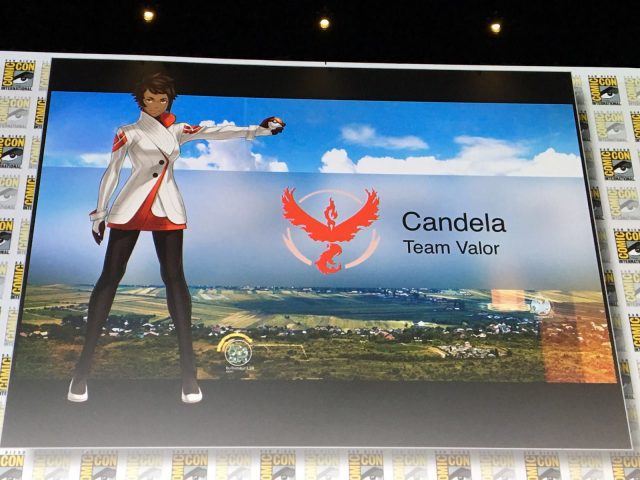 Candela, the leader of the fiery Team Valor


If the blue Team Mystic is more your fancy, your leader is Blanche, who wears a long blue trenchcoat with striking shoes to match. 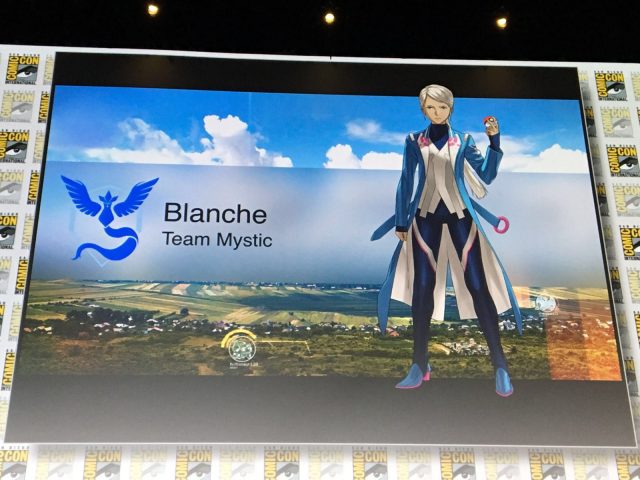 Team Blanche is the leader of Team Mystic


And the only male of the three, Spark is the leader of Team Instinct. He wears a gold-colored hoodie underneath a black jacket, with matching gold gloves. 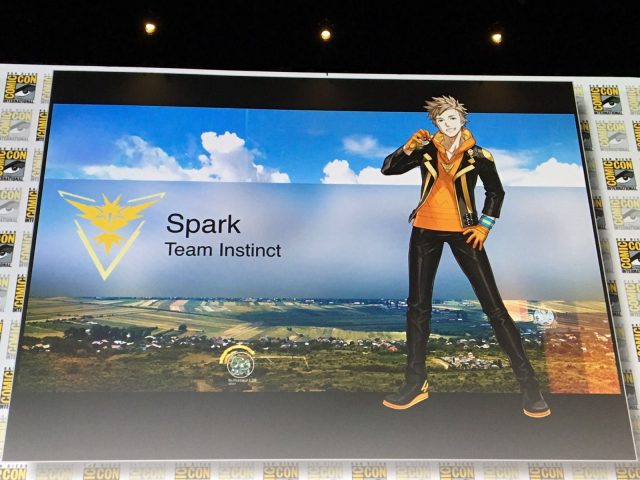 
In addition to naming the three in-game team leaders, the rumored way to confirm an Eevee evolution by naming the little critter after one of the Eevee brothers from the Pokemon cartoon was confirmed. This method involves naming the Eevee either Sparky, Rainer or Pyro before evolving it in order to get Jolteon, Vaporeon or Flareon, respectively.

While Hanke only confirmed this one “easter egg,” he said that internally the Niantic teams is taking seriously the suggestions of all users, particularly because they themselves only have a tenth of all the ideas in the game that they want to put into it.

Some of the things they are considering include trading Pokemon (just like you were able to do on the console games); breeding pokemon; working on PokeGyms and PokeStops including using lures to find foreign objects that will change the functionality of a Pokestop or give it new capabilities; creating PokeCenters so that teams can customize PokeStops for team play, and that yes, new rare Pokemon as well as other pocket monsters will eventually start to show up in the mobile game.

“It’s stuff that’s not in Pokemon Go today, but is something we are working on bringing to the product”, he said, but emphasized that the focus right now is to keep the servers up, fix the existing glitches and continue the worldwide rollout. “We expect Pokémon Go to run for years and we are going to continue to invest in it in that way.”