I Am Setsuna Trophies Guide 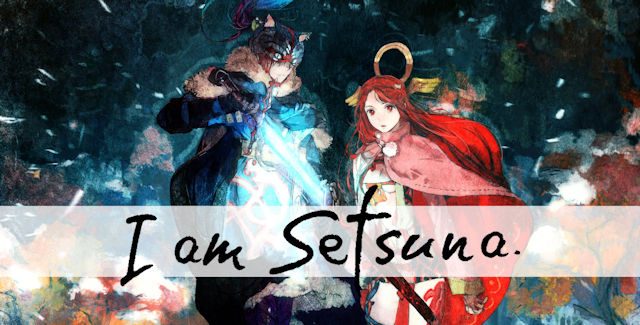 The I Am Setsuna trophies guide lists every trophy for this PS4 & PS Vita JRPG game and tells you how to get and unlock them all.

In the I Am Setsuna trophy guide we’ll show there are 50 Trophies (33 Hidden Trophies) that can be earned in the PS4 and PS Vita versions. Earn Bronze (40), Silver (7), Gold (2), and Platinum (1) Trophies to increase your Gamer Level.

Index of I Am Setsuna Guides:

I Am Setsuna Trophies Guide

Introductory starter tips by I Am Setsuna’s director Usuke Kumagai from Square Enix:

1. Snow of the world of the story (Platinum) — You won all the trophies

2. Enlightenment of wisdom (Bronze) — From one body of enemy four were at the same time be dropped

3. Moment of supernatural (Silver) — Eight were simultaneously dropped from one body of the enemy

4. God eye of closeout (Bronze) — It was defeated 10 times in just kill

5. Destruction of Tetsutsuchi (Bronze) — It was defeated 10 times in Overkill

6. Infinity of tactics (Bronze) — It was pointing in the coffin in all the way

7. Blow of satisfaction (Bronze) — It gave 500 damage or more in a single attack

8. Prepared to exceed the limit (Silver) — It gave 1000 damage or more in a single attack

9. Those who bring out the sleeping force (Bronze) — Was the moment the system was activated 10 times in a single battle

10. Who has a mind to resonance (Bronze) — It was activated the moment the system 30 times in cooperation skills

11. Moment the extremely and who (Silver) — Was successful 100 times Triggering moment system

12. Investigator of the force (Bronze) — Command sublimation has occurred 10 times

17. Elixir of alchemist (Bronze) — The last Elixir was used once

19. Uninvited guest (Bronze) — I met with the lysin

20. Large sword of the patron (Bronze) — I met with Tagishi

21. Takumi giving the Wings (Bronze) — I met with Amatsu

23. Truth of the request (Bronze) — I met with the Low-cost anti-armor submunition

25. Tradition of hero (Bronze) — I met with Themba

28. Land that hope has been sealed (Bronze) — Saw the ancient ruins Api

29. Land that courage has been sealed (Bronze) — I saw the ancient ruins Tikinaki

31. Those who win the ocean (Bronze) — I got on the survey vessel

33. Change to wave (Bronze) — It was obtained Genesis of law stone

34. Holy prayer (Bronze) — It was obtained law stone of Holy

37. The power to call a collapse (Bronze) — Doom law stone was obtained

38. Royal family of pride (Bronze) — It was obtained Eclipse of law stone

41. Acidity of foodie (Bronze) — I ate the gratin of pieces shiitake mushrooms

42. Bitterness of foodie (Bronze) — We ate steamed of the earth’s bounty

45. Who cut off the Magic (Bronze) — Defeated all the Pengyi us

46. Who has the luck (Bronze) — Defeated all METHOD us

47. Ru’s the world (Silver) — It defeated all the monsters who were undermined in law stone

48. Those who destroy all (Silver) — It defeated the darkness of the reincarnation of the full body

49. The ends of the Imawashiki storage (Bronze) — Hear all the words, defeated youth

50. Legend to be handed down (Gold) — It defeated those shalt be the time

Special thanks to Square Enix for the list, tips & guide videos.

Please comment if you have any I Am Setsuna trophy unlock tips of your own. Kudos will be given. – Thanks for visiting!

Tags: I Am Setsuna