I Am Setsuna Achievements Guide 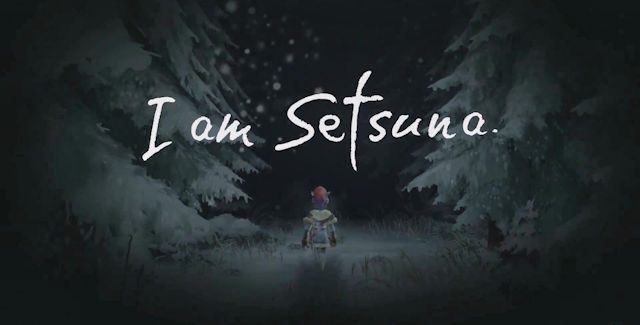 The I Am Setsuna achievements guide lists every achievement for this PC JRPG game and tells you how to get and unlock them all.

In the I Am Setsuna achievement guide we’ll show there are 49 Achievements (33 Secret Achievements) to earn in the PC version.

Index of I Am Setsuna Guides:

I Am Setsuna Achievements Guide

Introductory starter tips by I Am Setsuna’s director Usuke Kumagai from Square Enix:

1. Enlightenment of wisdom — From one body of enemy four were at the same time be dropped

2. Moment of supernatural — Eight were simultaneously dropped from one body of the enemy

3. God eye of closeout — It was defeated 10 times in just kill

4. Destruction of Tetsutsuchi — It was defeated 10 times in Overkill

5. Infinity of tactics — It was pointing in the coffin in all the way

6. Blow of satisfaction — It gave 500 damage or more in a single attack

7. Prepared to exceed the limit — It gave 1000 damage or more in a single attack

8. Those who bring out the sleeping force — Was the moment the system was activated 10 times in a single battle

9. Who has a mind to resonance — It was activated the moment the system 30 times in cooperation skills

10. Moment the extremely and who — Was successful 100 times Triggering moment system

11. Investigator of the force — Command sublimation has occurred 10 times

16. Elixir of alchemist — The last Elixir was used once

18. Uninvited guest — I met with the lysin

19. Large sword of the patron — I met with Tagishi

20. Takumi giving the Wings — I met with Amatsu

22. Truth of the request — I met with the Low-cost anti-armor submunition

23. Presence forgotten — I met with Sayagi

24. Tradition of hero — I met with Themba

25. Storage of Seiso — I met with Yutesu

27. Land that hope has been sealed — Saw the ancient ruins Api

28. Land that courage has been sealed — I saw the ancient ruins Tikinaki

29. Love was sealed earth — I saw the ancient ruins luma

30. Those who win the ocean — I got on the survey vessel

32. Change to wave — It was obtained Genesis of law stone

33. Holy prayer — It was obtained law stone of Holy

36. The power to call a collapse — Doom law stone was obtained

37. Royal family of pride — It was obtained Eclipse of law stone

38. Proof of the existence — Law stone de Ragnarok was obtained

40. Acidity of foodie — I ate the gratin of pieces shiitake mushrooms

41. Bitterness of foodie — We ate steamed of the earth’s bounty

43. Umami foodie — I ate the mole-style vegetables plenty of stew

44. Who cut off the Magic — Defeated all the Pengyi us

45. Who has the luck — Defeated all METHOD us

46. Ru’s the world — It defeated all the monsters who were undermined in law stone

47. Those who destroy all — It defeated the darkness of the reincarnation of the full body

48. The ends of the Imawashiki storage — Hear all the words, defeated youth

49. Legend to be handed down — It defeated those shalt be the time

Special thanks to Square Enix for the list, tips & guide videos.

Please comment if you have any I Am Setsuna achievement unlock tips of your own. Kudos will be given. – Thanks for visiting!

Tags: I Am Setsuna