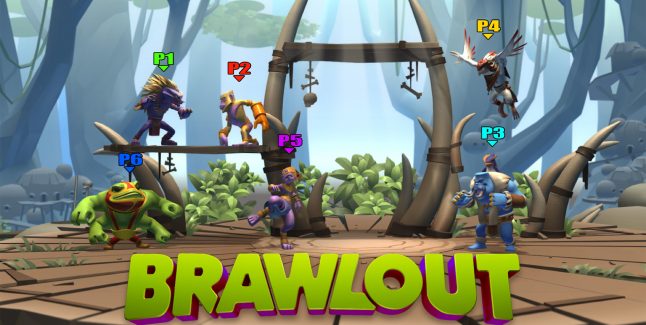 Get ready to rumble in Q1 2017 when Brawlout, a platform fighter from Angry Mob Games, comes to PlayStation 4, Xbox One and PC.

Check Out the Brawlout announcement Trailer:

EVO 2016 attendees can get an early glimpse at the lighting-fast action when Brawlout publicly debuts at the Las Vegas Convention Center Friday – Saturday, July 15 – 16 in The Mix: EVO Indie Showcase.

Brawlout can host up to eight players in online and local battles, including ranked online tournaments, in addition to offering a single-player campaign. Each fighter will have distinct advantages, including powerful projectiles or long-range whip attacks, and can be evolved with further combo options or advanced technical moves. Fighting also builds a player’s Rage Meter, which fuels powerful special attacks.

Here’s Brawlout image gallery. Click on any of these image thumbnails to see the full-size screens: 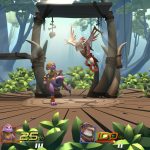 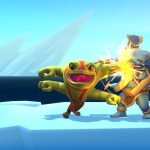 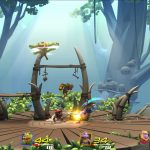 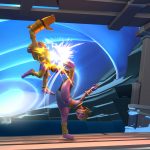 By merging vibrant platforming with varied combat styles, offering a parade of special moves and emphasizing ground combos, Brawlout finds its own identity – the precision of violent fighters, with a gorgeous animated style.

Set in a vivid world of ancient secrets and endless conflict, Brawlout puts the future of civilization in the hands (or claws) of its anthropomorphic animals. As an Exemplar chosen to represent their civilization in combat, each creature fights for the honor and pride of their people.

“We’re all fighting game fans, so we’ve built our dream platform fighter”, says Bogdan Iliesiu, CEO at Angry Mob Games. “We’ve heard what players miss from classic fighters and what they love about new ones, and Brawlout is designed to give people the best of both worlds, whether that’s ruining friendships around the TV or going online to anger strangers in tournaments.”