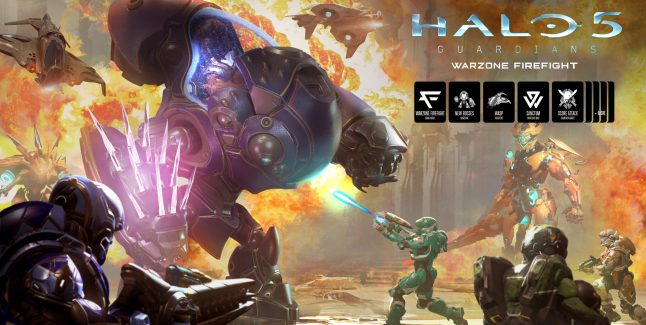 In the Halo 5 Score Attack & Warzone Firefigh achievement guide we’ll show there are 8 DLC Achievements (0 Secret Achievements) with a total of 250 Gamerscore points to earn in the Xbox One title.

Watch the full guide below to get all the quick tips.

New Campaign Feature – Score Attack:The Warzone Firefight content release will include a new way to play Halo 5: Guardians’ campaign – Score Attack! Campaign scoring makes a return to Halo 5: Guardians, enabling players to compete against their friends for points and medals in online co-op play or solo. Remember – in Score Attack, the points do matter so be sure to defeat enemies with style and flourish!

New Game Mode – Warzone Firefight: Warzone Firefight is, by far, the biggest content release since the launch of Halo 5: Guardians! As a result of the beta in April, 343 Industries has taken player feedback to improve the game mode for launch, such as increasing the difficulty each round and adding brand new bosses and vehicles – including the hilarious (and deadly) Grunt Goblin boss and the powerful UNSC VTOL, AV-49 Wasp, deployable as a REQ vehicle in all Warzone modes and available to use in Forge.

Special thanks to Microsoft, 343 Industries, Maka & RandomGaming for the list, tips & guide video.

Hope it helps. Thanks for visiting!