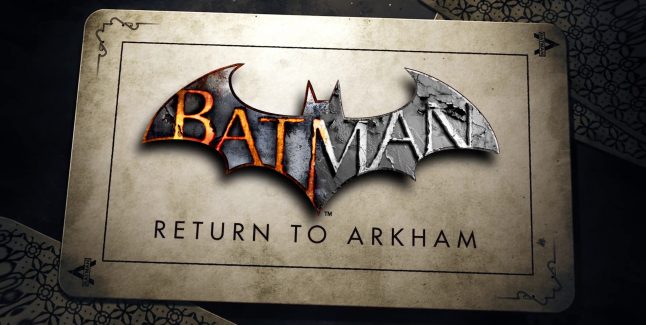 “After reviewing the progress of the project, the team at WB Games has decided to delay the release of Batman: Return to Arkham to give the team at Virtuous Games additional time to deliver a polished Batman Arkham game experience,” Warner Bros. staff Steve Grayson said on the W.B. Games Forums. “We do not have a release date yet and will be sure to communicate that once we are sure the game will be ready. We know this is disappointing news, but we feel the extra time will allow the team to create the best gaming experience for our fans.”

Batman: Return to Arkham is a PlayStation 4 and Xbox One collection including Batman: Arkham Asylum, Batman: Arkham City, and all of each game’s post-release downloadable content remastered in Unreal Engine 4. It will cost $49.99 / £39.99 when it launches.