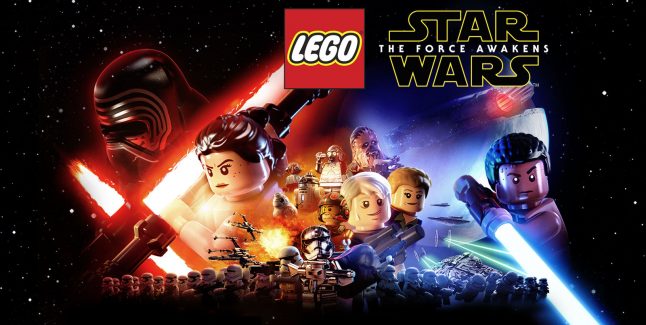 DLC Level 1 Story: “The Phantom Limb Level Pack extends the story of LEGO Star Wars: The Force Awakens with a new adventure. Experience the journey that led to C-3PO’s new red arm and his return to the Resistance.

The Phantom Limb level continues the Trouble Over Taul story — one of the New Adventure levels featured in LEGO Star Wars: The Force Awakens set in the time leading up to the film — after C-3PO’s ship crashlands on the barren planet of Taul, inhabited by hostile alien creatures who seem to crave the taste of droids. Never fear though — C-3PO is in good company with an oddball cast of survivors.”

DLC Level 2 Story: “The Poe’s Quest for Survival Level Pack extends the LEGO Star Wars: The Force Awakens experience with a whole new adventure not seen in the film. After a daring escape from the First Order that left him stranded on Jakku, Poe Dameron must search for BB-8 and locate a ship to escape the desert planet. Can he evade the dangers of Jakku and find a way back to the Resistance?”

DLC Level 3 Story: “The First Order Siege of Takodana Level Pack allows fans to experience the thrilling assault on Maz Kanata’s castle in a brand new way. Players can now storm the ancient edifice of Takodana from the perspective of the First Order and play as the villainous Kylo Ren, utilizing this powerful dark side warrior to battle adversaries and search for Rey and BB-8, in an effort to crush the Resistance forever. – Go and lead the assault on Takodana as Kylo Ren.”

DLC Level 4: Escape from Starkiller Base

DLC Level 4 Story: “Witness the collapse of Starkiller Base as Resistance pilots.”

[WORK-IN-PROGRESS: Check back for this new level & tips once it’s released! ^_^ ]

Want more? You can find all of our Free Play & Collectible guides linked to at the top of Page 1. You’re on Page 3 right now, so if you look a little bit down this page you’ll see the “Continue Reading on: Page 1” button to click.