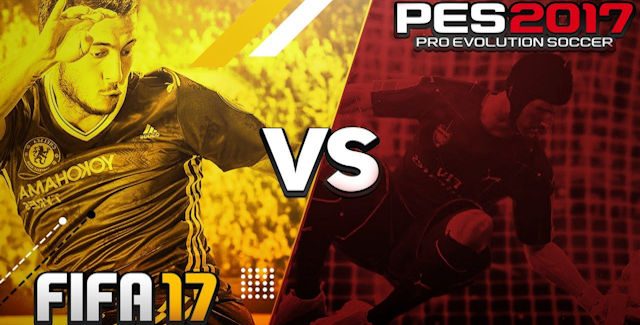 In this PES 2017 VS FIFA 17 comparison guide you’ll find out which game is your best choice, depending on your preference in soccer sports games.

Having played both footballing giants FIFA 17 and PES 2017, they talk about the changes to gameplay in this year’s versions and which game is likely to come out on top.

Let’s take you through the gameplay of each with the new features highlighted:

FIFA 17 could feature some of the biggest changes to the series we’ve seen for a while. This video guide explains the things he noticed from his hands-on.

It seems they liked both equally again this year due to player interaction improvements.