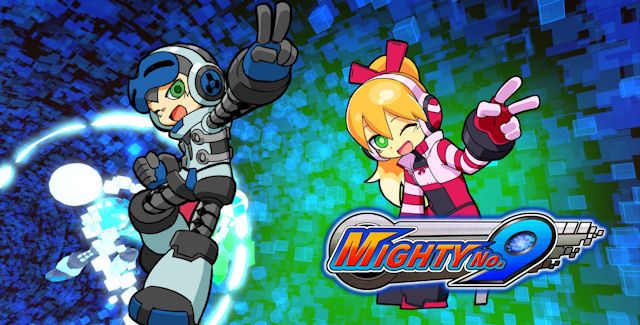 Index of Mighty No. 9 Guides:

How To Unlock The Co-Op Mode with New Playable Character Call:

After defeating the 8 levels & bosses, you will play in a prison stage, you use her in that level. After beating that prison level you unlock Co-Op Mode.

In the cooperative mode you can choose to play between Beck, Call, or Random Character.

How To Unlock The New Game+ Mode:

After beating the game for the first time you also unlock New Game Plus Mode.

Which restarts the clock while letting you keep everything from the beginning to make it easier to fight the more difficult enemies.

How To Unlock The Hard, Hyper & Maniac Modes: After beating the game for the first time you also unlock additional Hard, Hyper and Maniac difficulty modes that you can select in New Game+.

Once you’re done with the main game, take the challenge up another notch!

For those that choose to pre-order the game (be it digital or retail): You’ll be given the “Retro Hero Mode”, where Beck will don a retro-inspired suit, complete with 8-bit style pew-pew sound effects and direct access to a rock hard insta-death mode, where any single hit will result in Beck’s destruction. Not for the faint of heart!

While the Retro Hero Mode with the Retro Beck character model & the access to the insane difficulty mode will be the pre-order bonus, the insta-death mode is not exclusive to only those who pre-order: the core game will also contain a slightly different one-hit death mode – one which you’ll be able to unlock by completing the game.

The game’s retail version comes with additional DLC – in this physical edition (confirmed with the PS4, Xbox One & Wii U versions) you’ll receive the “Ray” DLC which grants you access to the Abandoned Lab stage, a boss battle against new bad-guy Ray, and the ability to then play through the entire game as Ray herself.

There are no Mighty No. 9 cheats on Xbox 360, Xbox One, PS3, PS4, Wii U, PC, Mac, Linux, 3DS & PS Vita yet. So until they are discovered, we made the handy Mighty No. 9 guides listed above to help you with tips and tricks for the game!

Do you know of any Mighty No. 9 cheats or unlockables?
Let us know in the comments, you’ll get credit for finding out. – Thanks for visiting!