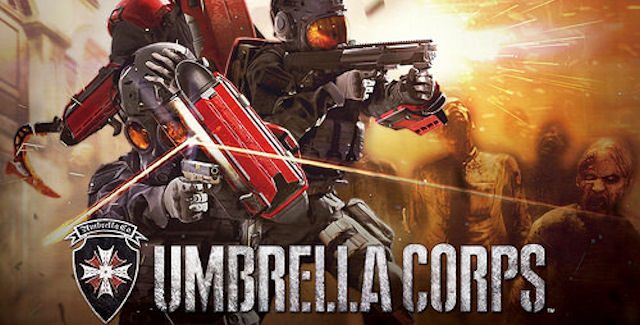 The Resident Evil: Umbrella Corps walkthrough will guide you through the beginning to ending moments of gameplay with strategy tips for this third-person tactical shooter game on the PS4 & PC.

Please note that viewers must be at least 18 to watch, so no harm comes to those with innocent eyes. This game includes Strong Language, Intense Violence, Blood and Gore.

Join the corps! Umbrella Corps brings a competitive experience featuring new types of strategy and technique blended with elements from the world of Resident Evil, to create a unique kind of shooter! Experience intense close and mid-range combat with analogue aim and cover mechanics, nerve-wracking no-respawn matches, and many other game modes!

Umbrella Corps will feature intense and quick team-based matches spanning a variety of unique online modes. One such mode is the One Life Match mode. Players must take out the opposing team with one crucial catch: there’s no respawning. Every player gets one life per round and must not only face the other team, but also contend with other classic Resident Evil enemies that prowl the map.

Players will be equipped with an array of gun and grenade weaponry, as well as some less traditional gear: the “Brainer” (a powerful melee axe which goes straight into the skull), the Tactical Shield (an arm-mounted guard allowing players to utilize a zombie as cover), Terrain Spikes (boot-mounted spikes for trampling the enemy), and the Zombie Jammer (a device which repels zombies only when active).

Tutorial & Missions 1-7: Deadly Experiment, Spicing Things Up, Virtue of the Shotgun, The Subject’s Potential, Rest for the Weary, Hell Hounds, Secure the Location

Take on over 20 tough missions against the infected and other creatures in quarantined zones in this single-player mode. Battling through these missions will turn any green-eared newbie into a battle-hardened veteran. This mode is great for those who want to know more about the world of Umbrella Corps, and for those who want to polish their skills before taking the fight online.

• [08:33] — Mission 1: Deadly Experiment Description: Takes place at Umbrella Labs. “The day is finally upon us. We’re resuming the experiments. Sure took their sweet time. But enough about that. We’ll start with the abandoned Umbrella research facility. You’ll find plenty of researchers there – or what’s left of them.” -Abraham Jackson

• [14:00] — Mission 2: Spicing Things Up Description: “The survival rate for the experiments last year were far too low. That *sshole with the huge nose from the inquiry board tasked me with making them more effective. I won’t make the same mistakes. Let’s start with the PDW. This should increase your odds.
The rapid-fire rate of the PDW helps to increase your survival.”

• [16:40] — Mission 3: Virtue of the Shotgun Description: “According to the BSAA battle manual, the wide spread of the shotgun is more effective against the infected than high-precision weapons. Well… we’ll have to put that theory to the test then. Looks like the shotgun is particularly effective at close range.”

• [19:33] — Mission 4: The Subject’s Potential Description: Takes place at the Tricell facility. “Even a third-rate mercenary could make it this far. The real test starts now. Survive this, 3A-7, and you will have shown yourself to be a cut above the rest.
I’ve received permission to begin a new round of trials. I’ve changed my mind about the subject. If he performs well, that bodes well for me too. So, onto the next stage. This time we’ll be going to a Tricell facility that fell victim to a bioterror attack.”

• [23:00] — Mission 5: Rest for the Weary Description: “Never imagined you’d actually ask to be sent in. You must be one of those types. Even in training, you need to feel risk in order to find your motivation.”

• [28:00] — Mission 6: Hell Hounds Description: “After 20 long travel hours we’ve finally arrived at the Mediterrean Sea. Unfortunately Honker is here too. This *sshole doesn’t want to acknowledge the validity of CQBZ. I hate him and his stupid nose.”

• [31:10] — Mission 7: Secure the Location Description: “Had to change the mission thanks to Honker butting in. You have to send us data from the specified location. It’ll require holding your position for a while. That definitely complicates things.
The subject has easily adapted to the territorial missions. Oh I’d love to see the look on Honker’s face!”

Gamerzombie will be your guide showing you around the game’s stages.

Zombie Jammer Tip: The Zombie Jammer allows you to move free of zombie perception. If it’s damaged the zombies will target you. They will also target you if you attack them.

Sound Radar Tip: The Sound Radar relays information such as gunshots and footsteps to the player. Your position will be displayed as a solid triangle while your teammates will be triangle outlines.

ICONs Tip: Press the touch pad of your PS4 controller to show the ICONs you can use. ICONs allow you to communicate with your teammates. The ICON you select will be visible over your head to your teammates. You can set four ICON presets to the four Directional-Pad directions.

Missions 8-10: Village Where it All Started, Singularity, The Commander

The next trio of stages takes place in the Village from Resident Evil 4.

Cover Tips: Press the left analog stick in the direction you want to go while pressing the X button will let you vault over cover. R2 is blind fire from behind cover, while holding L2 lets you aim your weapon from cover. Press X to leave cover.

The next couple of stages take place in Kijuju 12.

Axe Tip: The big axe-wielding type weapon in this game is called the Brainer. Press L1 to switch to the Brainer and take out zombies that have gotten too close to you. – Press the R2 right shoulder button for a quick Brainer attack. Press down on the R3 right analogue stick to do a Brainer melee attack. Hold the L2 left shoulder button to charge the heated Brainer! Press X to climb any wall with the axe.

Up next we go back to where it all began, in Raccoon City.

Hint: You can fire your weapon while at the top of a ladder.

Tip: The rooftops may seem safe, but watch out for crow attacks.

Thanks to Capcom & Gamerzombie for the walkthrough videos.