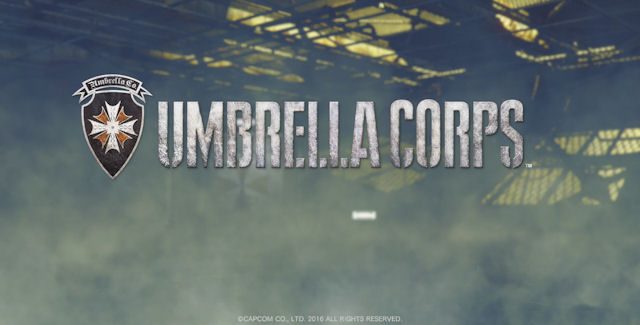 Here we will show you how to unlock all Resident Evil: Umbrella Corps codes with a cheats list that’s valid for the PC & PS4 versions (where available).

This pack allows owners of the standard edition of Umbrella Corps (at a standalone price of $15 / €15 / £12) to access the additional Deluxe Edition content (where it’s included for free), including weapons, patches, cosmetic options, emotes, and skins to turn your avatar into classic Resident Evil characters Chris, Leon, Jake, Barry, HUNK and Wesker.

• All Other In-Game Items.

All standard outfits, weapons, patches and other customizations like patterns & decals can be unlocked by increasing your level with points earned in battle.

Umbrella Corps is a new fast paced third person shooter set in the Resident Evil universe. Introducing in this first video are previews of two new maps based on iconic locations from Resident Evil 2: Raccoon City and the Police Department.

Up next, voice-over commentary from the Capcom development team provides insight into some of the tactics and exclusive features specific to Umbrella Corps. Whether it’s aggressive firing, finding new paths by lifting shutter doors, utilizing the analog cover system, flanking the enemy in careful coordination, or carefully plotted sneak attacks from behind, each match offers quick and competitive gameplay.

Also being demonstrated is the non-traditional arsenal of weapons in Umbrella Corps that offer a twist on the traditional gun and grenade loadout. The deadly “Brainer” melee axe can be charged up and used as a one-hit kill attack and the “Zombie Jammer” adds an extra variable to the mix. When this is intact, zombies will not attack, but if it’s damaged either by a calculated or errant shot, that player will become instant zombie fodder.

Lastly, we’ve got a guided video with the Resero team giving the basic tips for single player and multiplayer. Some multiplayer tips and tricks include:
A) The cover system doesn’t work since there are always zombies spawning and coming up behind you, so don’t use cover to survive longer.
B) The shotgun is the best weapon in the game! Getting up close to enemies to fire it is the best strategy in this fast-paced shooter.

Do you know of any Resident Evil: Umbrella Corps cheats or unlockables?
Let us know in the comments, you’ll get credit for finding out. – Thanks for visiting!