God of War Announced for PS4 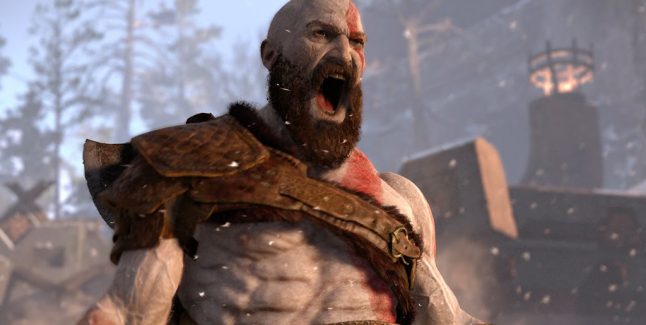 Check Out the God of War Gameplay Demo:

Here’s God of War image gallery. Click on any of these image thumbnails to see the full-size screens: 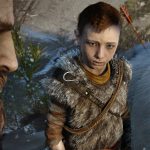 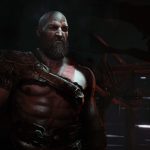 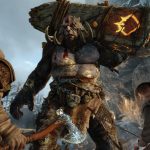 Over at the PlayStation Blog, Santa Monica’s Cory Barlog discussed the game:

“I knew I didn’t want to simply reboot the franchise, starting over with a retelling of the origin story. I wanted to reimagine the gameplay, give players a fresh perspective and a new tactile experience while delving deeper into the emotional journey of Kratos to explore the compelling drama that unfolds when an immortal demigod makes a decision to change.

For Kratos, this change means breaking the cycle of violence, distrust and deception that his family, the Greek pantheon, perpetuated for so long. That cycle drove a whole host of bad decisions – the ill-fated deal with Ares, the murder of his family and a rage fueled descent into madness and vengeance that ultimately ended with the epic destruction of Olympus.

It also means learning how to control his rage, the intensely turbulent monster that lives within him, steering him down ever-darker paths. Kratos needed to figure out how to put the monster back in the box, how to control when he does and does not let that monster out.

Kratos’ rage has provoked a ton of bad decisions in his life, so I was fascinated to see what would happen if he actually made a good one. What would that look like? How would he struggle with this very difficult and unfamiliar road? And more importantly, why would he do this?


The last question was answered in my own life with the birth of my son, a tremendously transformative event that had me thinking about all kinds of change in life. It is hard for human beings to truly change, but one thing that can really motivate us is the thought of being responsible for a life, and especially the life of our child. The weight of that responsibility drives the instinct to protect, to want to prevent the mistakes of our past being delivered upon them. There is no end to the lengths we will go, no adversity we will not overcome, to be better… for them.

Once the decision to change was made, things got really interesting for Kratos and for all of us here at SMS. The road to creating a new God of War is a seemingly endless climb up an impossibly enormous mountain, filled with countless gut-wrenching failures and joyfully sweet successes.

Change is hard, but through it all we persevere, getting back up each time we are knocked down and celebrating each breakthrough, knowing that this journey ends in the realization of a collective vision – a great change in something we all hold very dear – a chance for us all to be better.”