Bethesda Softworks has announced The Elder Scrolls V: Skyrim Special Edition, a PlayStation 4, Xbox One, and PC remaster due out on October 28.

Bethesda Blog: It’s hard to believe five years have come and gone since the release of The Elder Scrolls V: Skyrim. Ever since the launch of the Xbox One and PlayStation 4 in 2013, we’ve heard your very vocal outcry for a version of this beloved game that you can experience on current-gen consoles and PCs. Tonight, we’re excited to share that this is officially happening.

Winner of more than 200 Game of the Year awards and ranked Number 1 for ‘The 100 Greatest PC Games of All Time’ and ‘Best Game of the Generation’ by various outlets, Skyrim Special Edition brings the epic fantasy to life in stunning new detail. The Special Edition includes the game and add-ons with all-new features like remastered art and effects, volumetric god rays, dynamic depth of field, screen-space reflections and more.

Here’s The Elder Scrolls V: Skyrim Special Edition image gallery. Click on any of these image thumbnails to see the full-size screens: 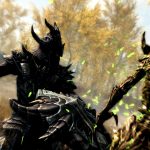 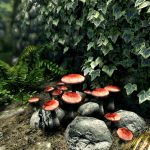 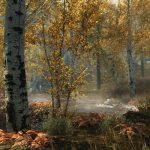 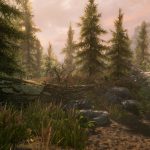 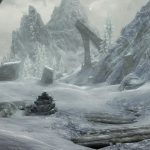 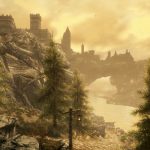 Skyrim Special Edition also brings the full power of PC mods to consoles. New quests, environments, characters, dialogue, armor, weapons and more – with Mods, there are no limits to what you can experience.

Like Fallout 4, you can browse and search for the latest and greatest Skyrim Mods, choose your favorites, post feedback, and install them – all from within the game. Simply select Mods from the Skyrim main menu, and start browsing. You can also browse through Skyrim mods online on Bethesda.net.

And that’s not all. If you own the PC version of Skyrim and all its add-ons – Dawnguard, Hearthfire and Dragonborn – on Steam, you’ll get a free upgrade to Skyrim Special Edition when it releases on October 28. The same applies to anyone who owns the Legendary Edition on Steam. 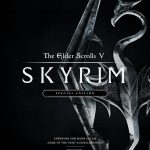 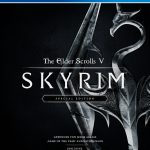 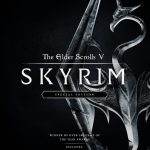 Skyrim Special Edition releases on October 28, 2016, on Xbox One, PlayStation 4 and PC.