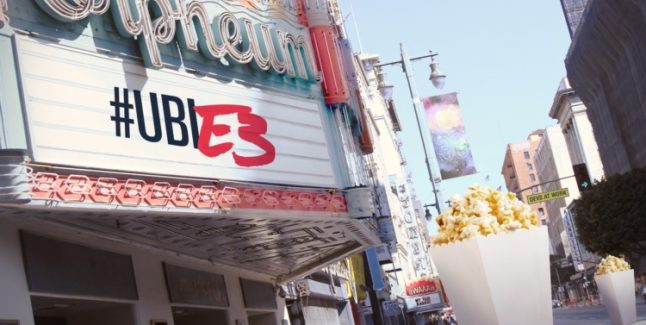 • Just Dance 2017 announced during the show’s opening with dancers and wacky animals on stage dancing to Queen. Coming October 2016 on all current gaming platforms and to Nintendo NX in March 2017.

• Tom Clancy’s Ghost Recon: Wildlands by Ubisoft Paris gets a new CGI trailer. Followed by an open world gameplay demonstration, where 4 Special Forces soldiers must take down drug lords and extract a high-value allied target. Use stealth or unleash deadly force from all sides with an ambush. Coming on March 7th, 2017.

• Eagle Flight VR game gets an on-stage gameplay demonstration of Capture The Prey PVP mode of 3 VS 3. In this Capture The Flag variation the flag is a rabbit you fight over. Fly anywhere from inside the Eiffel Tower down to the sewers using gusts of wind. Coming to Oculus Rift PC, PlayStation 4 VR & other VR platforms in Fall 2016.

• For Honor by Ubisoft Montreal got a new CGI trailer. Knights, Vikings & Samurai battling it out during a 1,000-year-war. Live gameplay demo shows Vikings VS Samurai combat as they storm a beach fortress. Register at forhonor.ubisoft.com for the upcoming alpha. Full game coming on February 14th, 2017.

• Grow Up indie game announced with a trailer starring a flying little red robot called Bud. Coming to PC, Xbox One & PS4 as a digital download on August 2016.

• Trials of the Blood Dragon announced by the Trials & Blood Dragon creators, who made a baby together. Radical 80’s style toy commercial shows the game will be out on PC, PS4 & Xbox One today! It’ll be out at the end of the Ubisoft press conference.

• Watch Dog 2 section starts with a teaser where Dedsec hackers ask the public to join them by downloading their mobile phone app. An on-stage demonstration shows the huge open world of San Francisco where you play as Marcus Holloway going on missions to free the people from being influenced by a new social media platform with evil intentions by politicians. Collector’s Edition comes with app-enabled robot on wheels. PS4 players getting Watch Dog 2’s DLC 30 days before all other platforms. Coming to PS4, Xbox One & PC on November 15th, 2016. Watchdogs Movie rights bought by Sony!

• Steep is a new IP by the Splinter Cell & Assassin’s Creed multiplayer dev team. Trailer shows base jumping, paragliding, wingsuit flying, skiing and snowboarding stunts, crashes & challenges. Gameplay trailer takes place at Mont Blanc, the highest mountain in France, where you play with/against other online players. You can switch from third-person to first-person gopro or selfie-stick views. You can share your replay videos of your best stunts or fails online. Register at steepgame.com to join the beta. Full game coming in December 2016.

Credit: Ubisoft Livestream. 53,000 livestream viewers at its peak on Youtube.