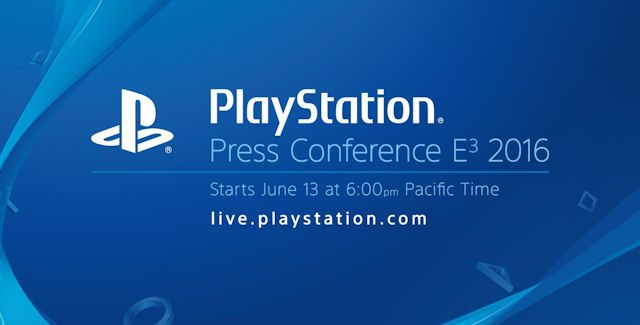 During the pre-show these indie games were shown:

• Abzu by Giant Squid, from the Flower and Journey art director Matt Nava. The underwater diving sim is coming to PS4 & PC in 2016.

• Bound is the ballerina music-rhythm action game that sounds odd, looks confusing, but ends up completely leaving an awesome impression most people interested to play it.

• Pyre by Supergiant, the creators of Bastion and Transistor. The high fantasy action-RPG is coming to PS4 & PC in 2017.

During the main show these big games were shown:

• God of War 4 (or a Norse God of War reboot) revealed with orchestral soundtrack, followed by live gameplay demonstration where a bearded Kratos goes to hunt deer with a boy. Skeletal knights attack them, but Kratos fights them off with his axe (which can be called back after throwing it). Kratos wouldn’t be Kratos if he didn’t take out a giant troll with his bare hands. The pair then go on to slaughter the deer with a freeze arrow and knife, as Kratos says “Now you are ready for a new beginning” as a dragon approaches from the background. No PS4 release date was given.

• Days Gone by Sony Bend Studio announced. Introduced with gameplay trailer. Post-apocalyptic setting starring a bounty hunter on his motorcycle. At the end of the show a live gameplay demonstration was done on stage showing the main character ride his bike around until he finds a town with all humans killed except the one he’s trying to find, soon they find themselves chased by hordes of Gollum-like zombies that attack in huge waves! No PS4 release date was given.

• The Last Guardian by Sony Japan Studio is finally wrapping up development. A gameplay trailer is shown with a second cat-dog hybrid shows up! The boy asks: “What’s wrong? Are your wings broken?” Coming to PS4 on October 25, 2016.

• Horizon: Zero Dawn by Guerilla Games shows more gameplay footage. A young woman leaves her tribe behind to seek answers about why this world is ruled by corrupted dinosaur-like machines. Focus scan enemies to find their weak spots, kill them to harvest their components. She goes to investigate the ancient Corruptor demon that drove nearby machines mad to go corrupted. The forest environments look a-ma-zing! You can override riding animals after strapping them down to the ground to get a mount for faster travel. Combat has a Zelda-vibe to it. Coming to PS4 on February 28th, 2016.

• Detroit: Become Human gameplay reveal trailer shown. Android Connor is a hostage negotiator sent to save a little girl from another android who went crazy from being a slave to humans all his life. Facing dilemmas with many possible outcomes, which may be permanent, unless the choices are first simulated in the android’s brain before taking action in the game’s real world. At the end of the trailer Connor broke the fourth wall by telling us “My name is Connor, this is our story.” No release date given yet for the PS4-exclusive, so it’s coming in 2017 at the earliest.

• Resident Evil 7 announced for PS4 & PlayStation VR as a full experience. A man wakes up in a creepy old house with mannequins in the attic and cockroaches in the food. As you try to get out of the house like the woman on the phone instructed you to do, you come across a strange man walking by. Naturally instead of running out the door you investigate the house and watch a Kitches VHS on the old TV that shows death and destruction in the house and forest. Demo for PlayStation Plus members tonight! Full game coming to PS4, Xbox One & PC on January 24th, 2017.

• PlayStation VR headset release date is October 13th, 2016 in America. Will launch with over 50 games between launch and the end of 2016.

• Crash Bandicoot 1, 2 & Warped Remakes will be fully remastered from the ground up for PS4. He also appears in Skylanders Imaginators coming October, 2016.

• Death Stranding announced by Hideo Kojima. Trailer shows render of Sony & Kojima Production’s PS4-exclusive game. A naked man without belly button (actor Norman Reedus AKA The Walking Dead’s Daryl Dixon) wakes up next to a baby who disappears and is surrounded by dead whales and fish on the beach. In the background 5 spaceships fly away into the horizon.

• Spider-Man PS4 game by Insomniac Games (of Infamous fame) announced with reveal trailer. Looks action-packed with webslinging and fighting badguys in the city.

Missing from the show were:

• The PlayStation 4 NEO 4K console will not be revealed at E3 2016, since Sony confirmed prior to the conference it will not be released until next year.

• No Man’s Sky by Hello Games didn’t get another gameplay demonstration by its creator lead Sean Murray. Coming to PS4 & PC on August 9th, 2016.

• Dreams by Media Molecule didn’t get further revealed. Last year it was revealed it’s a game about surreal dreams, where you can explore other people’s dreams or create your own. The game looks like a moving painting! Once your world/room with characters have been created, you can animate them with controller movements like a puppet. This makes the creation process very fluid. For example: Create a game, a play or a movie.

• Final Fantasy VII Remake, the episodic HD remake of Final Fantasy 7 for PS4 was absent from the Sony conference (could still show up at Square Enix’s booth coverage, though). First episode of the action-RPG is at its earliest expected to arrive on PS4 in 2017.

• World of Final Fantasy by Square Enix is a chibi-style game exclusive to PS4 & PS Vita. It was not shown, but it’s coming out on October 25th, 2016.

• Many more PlayStation VR headset games are in development for PS4 like: EVE Valkyrie, Godling, The Deep, RIGS, and Wayward Sky.

Credit: Sony Livestream. 100,000 livestream viewers at its peak on Twitch.