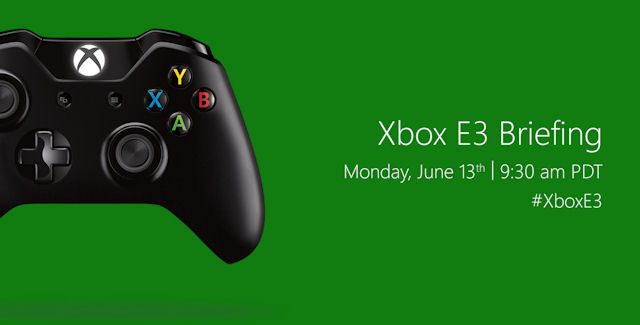 The E3 2016 Microsoft Press Conference broadcast aired today, has revealed brand new information about Microsoft’s Xbox One and Xbox 360 game lineup. Microsoft’s E3 2016 keynote conference started on June 13th at 9:30AM PDT / 12:30PM EDT / 5:30PM GMT and lasted an hour and a half. What follows is a bulletpoints roundup…

Xbox One exclusive reveals this year were: Forza Horizon 3, ReCore, Gwent: The Witcher Card Game, Tekken 7, Dead Rising 4, Sea of Thieves, and Halo Wars 2.
We also got to see more of Gears of War 4, ReCore, and lots of other games listed below.
Let’s not forget the new smaller Xbox One S & Xbox One Scorpio consoles. And new Gears 4 Elite & customizable controllers being made available this year.

• Xbox One S 40% smaller console with 4K video support officially revealed for $299. Coming August 2016.
Xbox Play Anywhere program announced that means any game that supports it lets you own both the Xbox One and Windows 10 PC version for free. Gears of War 4 supports cross-play in all modes!

• Forza Horizon 3 announced with debut trailer. 4-player campaign co-op confirmed. Supports instant drop-in play. Coming to both Xbox One and Windows 10 PC (buy once, play it on both) on September 27th, 2016.

• ReCore gameplay trailer shown. Reveals a couple of the different modes the robot companion has. Lots of platforming and action. Coming on September 19th, 2016.

• Xbox Live online service updates coming in Summer 2016. Background music player to be added (like Xbox 360). Preferred language no matter where you live. Cortana voice support will be added. Club communities added. “Looking for group” will make it easier to find multiplayer teams with new players outside your friend group. Arena competition will add single- or multiplayer tournament support for various games like FIFA 17.

• Minecraft has 100 million on 14 platforms is one of the biggest titles in gaming. Easily play together online added to unite players on all different devices in realms together. Oculus Rift/Facebook’s John Carmack joins the cross-play stage session on Gear VR mobile version. Add-ons like texture packs coming to Pocket & Windows 10 versions in Fall 2016 and to consoles in 2017. More info at MineCon in September 2016.

• Custom Xbox One controllers with lots of colors and username text options announced via Xbox Design Lab at xboxdesignlab.com.

• Inside indie game available on Xbox One June 29th, 2016. To celebrate the developer’s first game Limbo will be free on Xbox One starting today. Indie games video shown.

• We Happy Few on-stage gameplay demo shown. In this world everyone is forced to be happy with designer drugs, but the player character is off his “meds” and now called a Downer. Coming first to console on Xbox One, available on Xbox Games Preview on July 26th, 2016.

• Gwent: The Witcher Card Game from The Witcher 3 announced by CD Projekt Red as a stand-alone multiplayer game with a campaign mode as well. Go to playgwent.com to sign up for the beta. Full game coming September 2016.

• Scalebound shown off with 4-player co-op gameplay of the biggest boss fight developer PlatinumGames has ever made! Of course it’s against a Giant Enemy Crap LOL! Buy it once to play on both Xbox One and Windows 10 PC. Coming in 2017.

• Sea of Thieves by Rare shown in cinematic trailer. Will be on both Xbox One and Windows 10 PC. Gameplay reveal by first-time players shows crews setting sail to islands, getting drunk, doing sea cannonball battles and subsequent ship repairs or sinking.
State of Decay 2 announced with CGI trailer. Like all Microsoft-exclusive games it’s Play Anywhere for both Xbox One and Windows 10 PC. “Nobody survives alone.”

• Halo Wars 2 reveal CGI trailer shown for the real-time strategy title. The cutscenes will be beautiful again in the sequel. “Know your enemy.” Continue the adventures of the Spirit of Fire versus The Banished alien army. Followed by short gameplay trailer. Coming to Xbox One and Windows 10 PC on February 21, 2017. Xbox One beta starts all week.

Credit: Microsoft Livestream. 150,000 livestream viewers at its peak on Twitch.