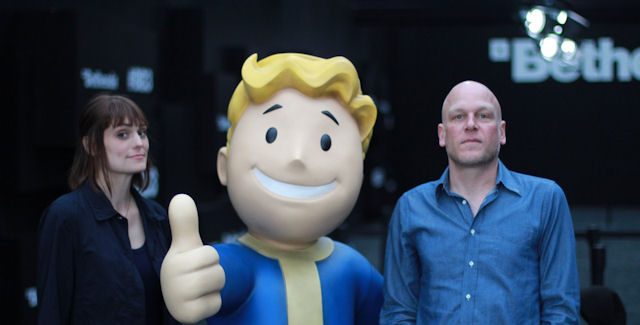 The E3 2016 Bethesda Press Conference broadcast aired today, and has revealed brand new information about Bethesda’s PC, PS4, Xbox One & Mobile game lineup. Bethesda’s E3 2016 keynote conference started on June 12th at 7:00PM PST / 11:00PM EST / 3:00AM GMT and lasted two and a half hours including the pre- & post-shows once again hosted by Adam Sessler & Morgan Webb. What follows is a bulletpoints roundup…

Exciting surprises this year are rumored to be: Quake Champions, Skyrim: Special Edition, and Prey 2. – Along with further reveals for Dishonored 2, DOOM DLC, Fallout 4 DLC, and other games listed below.

• Quake Champions announced with CGI trailer showing heat-vision and lots of explosive weapons in a 2 VS 2 match! Quake is back with all its competitive multiplayer tournament madness! Designed for arena gameplay suitable from beginners to eSports. Coming to PC. More to be revealed at QuakeCon in August 2016.

• Fallout 4 DLC Expansions confirmed. The Contraptions workshop expansion coming next week. After that another expansion will let you build your own Vault and experiment on Vault Dwellers, coming July 2016.

• DOOM getting new free updates that allows you to: Create single player experiences in SnapMaps, gives you two new multiplayer modes, and 3 free-for-all modes coming later in Summer 2016. The first paid “DOOM: Unto The Evil” DLC pack announced for later this Summer too. DOOM Demo released of the first campaign level.

• Fallout 4 VR-compatible release announced of first-person open world RPG coming to the HTC Vive VR platform in 2017. Bethesda VR showfloor demos giving VR tours of recent releases like DOOM and The Elder Scrolls Legends, but these are not officially confirmed for VR releases (yet).

• Dishonored 2 first gameplay shown in both a trailer and demonstration. The earlier CGI trailer revealed main character Emily Kaldwin and returning character The Outsider, who gives her her Shadow Walk stealth ability. You can choose to play between Corvo and Emily at the start of the game. The Outsider gives you a device to time travel from past to present and back to solve puzzles. Coming to PC, PS4 & Xbox One on November 11th, 2016. – Note: Dishonored 2 pre-orders for a limited time include Dishonored: Definitive Edition for free.

• Missing from the show were: Wolfenstein 2 (definitely in development) and The Evil Within 2 (rumored).

Credit: Bethesda Livestream. 333,000 livestream viewers at its peak on Twitch.