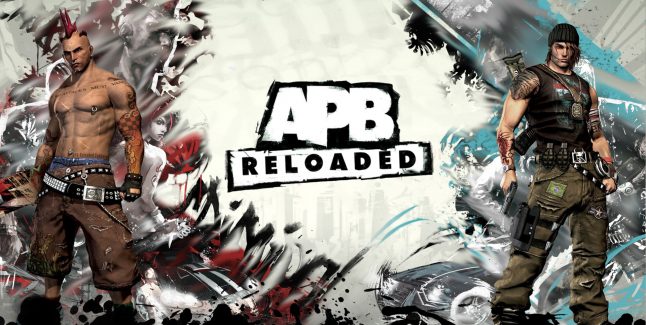 Ravenscourt and Reloaded Games today jointly announce All Points Bulletin Reloaded, the customization driven Open World Action MMO, is now available as a free to play and freely downloadable game for all Xbox Live Gold members on Xbox One.

APB Reloaded puts you in the near-future urban cityscape of San Paro where you pick one of two factions: “Enforcer,” to uphold the city’s martial law, or “Criminal” to cause maximum mayhem across the city. In addition to its challenging and immersive gameplay, APB Reloaded features one of the best and most extensive character, symbol and vehicle customization systems available in any modern MMO. The game is driven by PvP experiences where up to 100 customized players (up to 50 vs. 50) can participate in real time missions across San Paro. Players can also create user generated designs and customizations, and auction those to other gamers using the in-game auction house system.

More than 5.8 million global players have spent 40 million hours creating more than 10 million customized characters in the PC version of APB Reloaded since its December 2011 release. The new Xbox One edition is free to download and free to play. Players can earn items in game for free, and have the option to purchase additional in-game gear, clothing, items, vehicles and customizations intended for their characters to specialize in particular play styles. 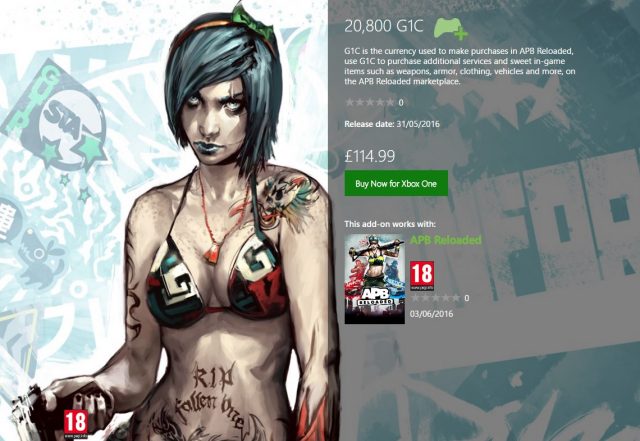 
To celebrate the release of APB Reloaded on Xbox One, Reloaded Games have created the APB Xbox One Founders Pack – premium items given to all new players for free, as long as they log in during the first 30 days; the pack includes: the Fireworks Flare Launcher, a long range support weapon that helps organized squads spot the enemy, and the Mikro JC14 ‘New-Cross’ for Criminals or ‘BobCat’ Vaquero PRC40 for Enforcers, agile vehicles with exceptional speed, acceleration, grip and turning radius.

Additionally, gamers that play more than 10 hours during the first 30 days will receive the added bonus of an Exclusive Title – ‘XB1 Founder’ and Exclusive XB1 Weapon Skins. The Title and Skins will be given out during the games’ first update and are exclusive to early adopters with the requisite play time. These cannot be bought or earned after the “Founders” period ends.

• Modifications that offer players to further diversify their character with unique abilities such as car surfer, radar jammer, spotter and flak jacket to name just a few

• Dozens of vehicles ranging from muscle cars to trucks and everything in-between, each with its own specific handling and physics