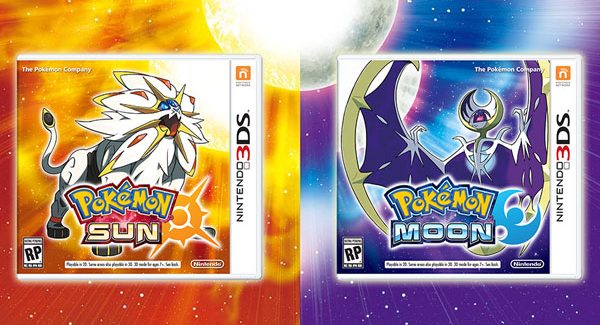 The Pokémon Company International and Nintendo today introduced the Legendary Pokémon Solgaleo and Lunala that can be found in Pokémon Sun and Pokémon Moon. The latest generation of Pokémon video games will launch on November 18 in North America and November 23 in Europe, exclusively on the Nintendo 3DS family of systems. In addition to the details about these powerful Pokémon, new characters in the game and new features were also revealed.

The two legendary Pokémon that appear on the packaging of Pokémon Sun and Pokémon Moon play a crucial role in the story. Solgaleo and Lunala hold the key to the adventure that can be found in these highly anticipated games. 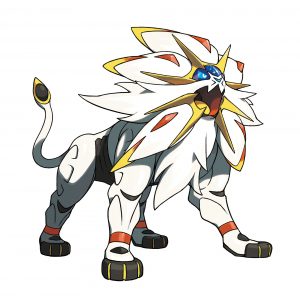 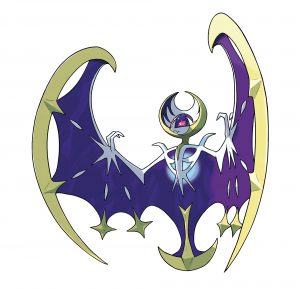 Honoured as an emissary of the sun since ancient times, Solgaleo is referred to with reverence as “the beast that devours the sun.” Solgaleo’s body holds a vast amount of energy, and it shines with light when it is active. It has a flowing mane with a remarkable resemblance to the sun. Its signature move is Sunsteel Strike, an attack that charges at an opponent with the force of a meteor, disregarding the target’s Ability. Solgaleo’s Ability is Full Metal Body, a new Ability that no previous Pokémon has had. With the Full Metal Body Ability, a Pokémon’s stats will not be lowered by the effects of an opponent’s moves or Ability.

Since ancient times, Lunala has been honoured as an emissary of the moon. Referred to with reverence as “the beast that calls the moon,” Lunala is constantly absorbing light and converting it into energy. With its wings spread to absorb the surrounding light and glittering like the crescent moon, it resembles a beautiful night sky. Lunala’s signature Moongeist Beam attack releases an ominous beam of light that disregards the target’s Ability.

Lunala’s Ability is Shadow Shield, a new Ability that no previous Pokémon has had. With the Shadow Shield Ability, a Pokémon will take less damage from an attack that lands when the Pokémon has full HP. 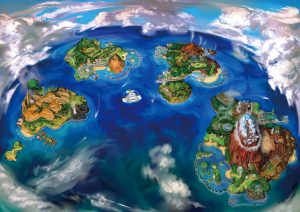 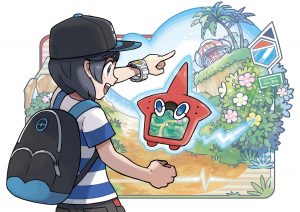 
Pokémon Sun and Pokémon Moon take place in the Alola region, which centres around four tropical islands and one artificial island. Many Pokémon that have never been seen before inhabit the lush islands of the Alola region. The story begins right after the main character moves to the Alola region. After choosing to play as a hero or heroine, players can customize their character’s name and appearance. No sooner have they arrived than their adventures begin to unfold, and they meet many fascinating people as they travel through the region.

Professor Kukui is the Alola region’s Pokémon professor. The professor is passionate about his research into Pokémon moves and has sometimes taken direct hits from Pokémon if there was something to be learned from it. Sporting a white lab coat, Professor Kukui has his own unique style.

Lillie is a mysterious girl who assists the professor. This young girl is about the same age as the player’s character and is Professor Kukui’s assistant. She’s not fond of making Pokémon fight in battles, but she loves reading and has read a great number of books. Lillie will play an important role in the story of Pokémon Sun and Pokémon Moon.

Hau is a Pokémon-loving young boy with a big appetite. He is the same age as the player’s character. Hau becomes one of the main character’s first friends. He has a real weakness for malasadas, a famous treat in the Alola region, and is always in search of malasada shops. Hau is a big-hearted boy who really loves Pokémon.


The Pokédex is a convenient tool that records information about the Pokémon that players see and catch during their adventure. In Pokémon Sun and Pokémon Moon, Professor Kukui provides a special Pokédex known as the Rotom Pokédex. It is inhabited by Rotom, a Pokémon with the power to reside in various electronic appliances. The Rotom Pokédex does much more than record Pokémon info—it has its own personality. Besides showing the player’s current location and their next destination, the Rotom Pokédex also provides advice on where to go next, based on the conversations players have with other characters.

In Pokémon Sun and Pokémon Moon, a QR Scanner function allows players to see information about Pokémon when they scan QR Code patterns. By scanning in special QR Code patterns, fans can register Pokémon of the Alola region to their Pokédex and find out where they live. If they scan in the QR Code for a Pokémon that they haven’t yet caught, players can check its habitat and search it out.