The Witcher 3: Blood and Wine Walkthrough 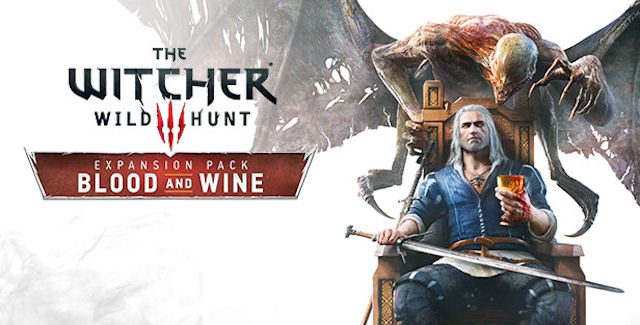 The Witcher 3: Blood and Wine walkthrough will guide you through the beginning to ending moments of gameplay with strategy tips for this action-RPG game expansion pack on the PS4, Xbox One & PC.

Let’s start the The Witcher 3: Blood and Wine walkthrough with an introduction video!

Please note that viewers must be at least 18 to watch, so no harm comes to those with innocent eyes. This game includes Blood and Gore, Intense Violence, Nudity, Strong Language, Strong Sexual Content, Use of Alcohol.

Index of The Witcher 3: Blood and Wine Guides:

The Witcher 3: Blood and Wine Walkthrough

Blood and Wine is the final expansion for The Witcher 3: Wild Hunt — an award-winning role-playing game set in a vast fantasy open world.

Become professional monster slayer Geralt of Rivia and explore Toussaint, a remote land untouched by war, where you will unravel the horrifying secret behind a beast terrorizing the kingdom. With all trails leading to dead ends, only a witcher can solve the mystery and survive the evil lurking in the night. Introducing an entirely new realm to traverse, new characters and monsters, Blood and Wine is a 30+ hour adventure full of dark deeds, unexpected twists, romance and deceit.

Explore an entirely new part of The Witcher’s vast open world — the land of wine, Toussaint.

Hunt down an elusive beast terrorizing the kingdom.

Embark on your final quest in a world still brimming with things to do.

How To Start The Blood and Wine DLC

Here’s how to start The Witcher 3: Blood and Wine DLC:

– Step #1: When you download “The Witcher 3: Blood and Wine” DLC, know that after it’s downloaded and you start the game, it sometimes takes a little while for the DLC to show up in the game.

– Step #2: There are three ways this new DLC becomes accessible. They all come down to you needing to be at least Level 34 in order to start Blood and Wine’s storyline.

• Access Method 1: Choose the “From The Beginning” option. (Start A New Game) — The first quest of the “Blood and Wine” expansion will automatically be added to your Journal once you finish the “A Poet Under Pressure” quest. Begin this quest if your character has already gained enough experience (suggested level is: 34 or higher).

• Access Method 2: Load a previously saved game. (Continue Playing) — The first quest of the Blood and Wine expansion will automatically be added to your Journal if/when the “A Poet Under Pressure” quest is completed. Begin this quest if your character has already gained enough experience (suggested level is: 34 or higher).

• Access Method 3: Choose the “Blood and Wine Only” option. (New Players Can Dive Right In) — You will begin playing with Character Level 34 and an appropriate set of gear and abilities.

Disclaimer Note: This downloadable content requires the base game The Witcher 3: Wild Hunt on the game system you’re on in order to play.

Main Quest 1: The Beast of Toussaint

Welcome to the The Witcher 3: Blood and Wine walkthrough!

Bosses Defeated: The Shaelmaar, The Bruxa, Beast of Beauclair, and the Golyat giant (from The Best of Toussaint main quest).
After that, also covered is the Blood Run side mission.

Golyat Boss Fight Tips: To fight the giant boss called “Golyat” at the Dulcinea Windmill, you’ll notice the boss has a wooden barrel on his head for protection. The barrel is missing a small piece in the middle. You can shoot through that hole in the middle of the barrel with your (strongest) crossbow to hit Golyat’s eye. – Of course sword attacks at his feet while avoiding his weapon will work too.

Side Quest 1: Turn and Face the Strange

Objectives Completed: All puzzles solved. Check the location of Naev’de on the Map Yennefer sent you. Find a way into Professor Moreau’s laboratory. Go deeper into the Ruins. Find a path through the Portals for the Turn and Face the Strange quest.

Objectives Completed: Meet Regis at Mere Lachaiselongue Cemetery. Find a way into the Crypt. Look for the Wight’s Lair; Optional: Try to Lift the Curse or Kill The Wight.

Curse Removal Tip: To lift the curse select this dialog: “Let’s eat, not using the spoons.”?

Part 2 of the “La Cage Au Fou” quest is up next to complete it.

More Objectives Completed: Report back to Regis. Follow Regis. Place bait in each of the four tunnels. Tell Regis when you’re ready to fight. Kill Monsters until Bloodlust transforms Regis into a Monster.

Objectives Completed: Report to the Dutchess about your hunt for the beast. Save the peasants from the Panthers. Search the wine cellar with Anna Herietta. Read the wine register. Find Sangreal from the 1279 vintage. Tap the barrels for Anna Henrietta. Defeat the bandits.

Main Quest 5: The Man from Cintra

The Witcher 3: Blood and Wine Walkthrough continues on Page 2 with Quest 6: No Place Like Home.