The Last Guardian ’10 Years in the Making’ & ‘Design’ Videos 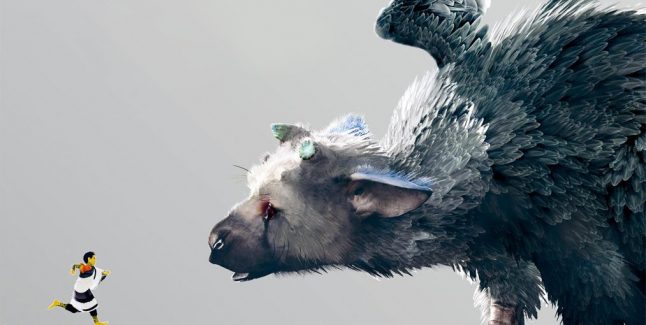 IGN has published a new, eight-minute interview with The Last Guardian director Fumito Ueda, who discusses the game’s lengthy development period, game design, the division of roles between his studio genDESIGN and Sony Interactive Entertainment Japan Studio, the transition to PlayStation 4, and his thoughts on the game being so close to release.

Get the interview transcript below:

“It’s been about ten years since the previous title was released, but it’s not like we’ve been in active development for all those ten years. After Shadow of the Colossus was released on PS2, there was some time before we started the development of The Last Guardian, and it’s not like since that point we’ve been in active development for the entirety of the time. There have been some changes due to changes in the hardware and changes in the priority of the studio.

“We weren’t always in active development so it’s really difficult to provide an accurate number in terms of the development period, but one thing I can say is that we thought that it was going to be shorter, or we thought that Ico and Shadow of the Colossus took a long time to develop, so one of of the missions of The Last Guardian was that we wanted to create something good in a short period of time, so the fact that it took a long time to develop was completely unexpected for me.

“During that time, we had the release of the high def edition of Ico and Shadow of the Colossus, and I think that was really good for us. Although this high def edition wasn’t a new title, since we weren’t able to publish The Last Guardian for a long time, if it did not exist maybe it would have made it difficult to release The Last Guardian. Also, it may have made it difficult to keep our motivation up.”

“In terms of the game design for [The Last Guardian] we haven’t changed it since the very beginning. We have made some minor changes but the idea that the boy hangs on to Trico and moves to places that they boy would not have been able to go [to] by himself is the main concept for this game. And the contrast between the small movements that the boy makes by himself and the large, dynamic movements that the boy makes with Trico is at the heart of the game, and that has not changed since the very beginning.”

“As for the division of roles between genDESIGN and Japan Studio, genDESIGN is in charge of the direction for game design and the art and the animations. As for Japan Studio, they are in charge of the implementation of the game and also they are in charge of developing the game engine and maintaining it. Initially, I was worried about whether this kind of structure would work out, but when I look back at it now I think it’s gone very well. The way we have it right now is very easy for me to work, and if there’s an opportunity in the future where I can do it in a similar way, I would definitely want to.”

“When it was decided that the game would be transitioned to PS4 it was difficult for me to accept. Now that I look back at it, the PS3 market has become smaller at this point and now I think the PS4 market is the main market, so I am happy to have this title as a PS4 exclusive title, but when the decision was first made I had some difficulty and I felt a little disappointed because I wanted to release this game earlier.

“In terms of the good things that happened since the transition to PS4, of course the quality of the graphics, the details of the graphics, have improved, but in addition to that, I think that in development—in the process of releasing a title—you have to go through a process called optimization, but I think we were able to compress that process. For Ico, Shadow of the Colossus, and The Last Guardian, we tried to create graphics that are not determined by the hardware specifications. In other words, the art does not really try to place a burden on the machine, or it doesn’t try to max it out. This goal has not really changed [in the transition to PS4] but how fast we can get to it, I think when you look at it from that perspective, PS4 allows you to get to your goal much faster.”

“I can’t really tell you what percentage of the development is actually done, but we are working very hard to release the game by the end of the year. In terms of the current situation, we’ve been working on this development for a very long time, but I think that recently the progress has been quite steady. I’ve never been on a game that has taken so long to develop, so a part of me feels sad, but a part of me feels like I just want to complete it. So I have mixed feelings.

“I really hope that players enjoy the game, and not just myself, but the entire staff that have worked on this project feel the same way. And I feel that if players enjoy the game then all the time that it took to develop this game and all the struggles that we went through would be worth it.”

“The game starts out with the boy sleeping and waking up in the cave, and he’s not really sure why he’s sleeping there, but the player will understand why as they play the game, so I would like for players to figure it out as they play. The game is composed of puzzles and combat and exploration, but in terms of the balance we tried to aim for an uneven balance, so to speak. When you look at the entire game, it’s pretty even, but we wanted to make it so that it’s difficult for the player to forecast what comes next. We didn’t want to make it where it’s combat and then exploration and puzzle, and those three over and over and over, we wanted to have some kind of unexpectedness in the game, and we wanted to go against the player’s expectations of what comes next.”

“There basically is only one solution [in each area] but we try to make it so it doesn’t feel that way. It feels more like there are multiple choices, but actually there is only one single choice. I think accomplishing that kind of feeling requires good balance and level design. But we didn’t want Trico or the environment to just be something that’s convenient for the player. We wanted the world to have a very realistic feeling and that’s what we most valued.”

“[Combat] is an area that I can’t speak too much on at this point, and this might cause some misunderstanding, but combat is not too important in the game. It’s more there to showcase the strength of Trico. The intention of the combat [encounters] are similar to that of Ico, where the combat [encounters] aren’t exactly fun themselves, it’s more like they exist to showcase the strength and magnificence of Trico.”

“In Shadow of the Colossus there was a stamina meter, or a meter that shows the hand or arm power of the protagonist, but in this game we will not have such a meter. One of the reasons is that we want a wide audience to play the game, and the other is that the game content doesn’t require the meter. Even without the meter, I think that the environment kind of forces the player to feel that they want to hang on to Trico.”

“Up to now you’ve been in the same place and in the same ruins and the gameplay does take place in these ruins. There are areas inside the ruins where there’s vast amounts of water, there are locations that are very high or have strong wind, or have enemies, so there’s a lot of variation inside the ruins, but in terms of the gameplay it’s in the ruins. There is a world outside of the ruins of course, and the village that the boy came from exists in this world, too, but that’s not part of the gameplay. The adventure takes place in the ruins. It’s the same for Ico or Shadow of the Colossus – we don’t really explain the characters or the meaning of the ruins, or the meaning of objects. We try to leave it up to the player’s imagination.”

The Last Guardian is due out for PlayStation 4 in 2016. Videos some new footage and screenshots here.