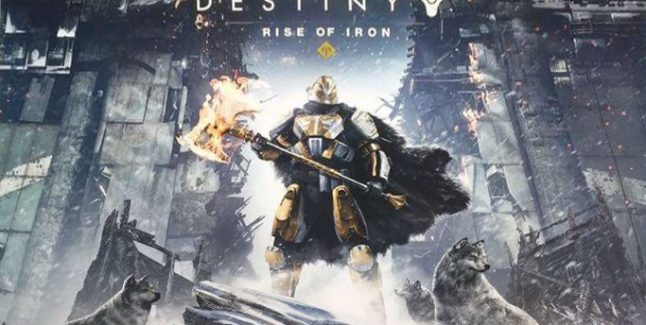 Destiny’s next expansion will be called Rise of Iron, according to leaked marketing materials. The news arrived overnight alongside a new rumour regarding the sci-fi shooter’s sequel.

An image showing Destiny: Rise of Iron has been shared on Reddit, its authenticity confirmed by anonymous sources speaking to Kotaku. The promotional art features Lord Saladin wielding a flaming double-headed axe.


Saladin is one of the Iron Lords and the handler of the monthly Iron Banner PvP event which has existed in Destiny since (just about) launch. He’s famous for leading the Guardians to victory against the Fallen in the Battle of the Twilight Gap.

As for Destiny 2, which is targeted for a 2017 release, Kotaku understands that the game was recently “rebooted”, with The Taken King director and Vault of Glass creator Luke Smith taking control “in the wake of a Bungie staff reorganization.”

Rise of Iron should be revealed at E3 next month, with a September 2016 release likely.