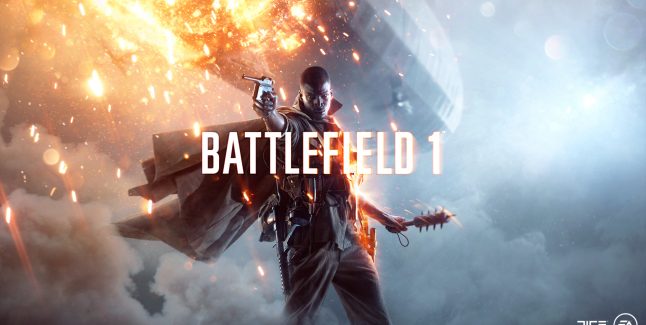 Electronic Arts and DICE have officially announced Battlefield 1. It is due out for PlayStation 4, Xbox One, and PC worldwide on October 21.

The game is set during World War I and promises the “dawn of all-out war” and “classic Battlefield gameplay” with 64-player multiplayer where you can “bring a horse to a tank fight,” and an “adventure-filled campaign.”

Here’s the full rundown, via EA:

Battlefield 1 takes you across multiple and varied locations in a bid to fight your way through immersive battles. From tight urban fights in a besieged French city, to big open spaces in the Italian Alps and frantic combats in the deserts of Arabia, discover a world at war through an adventure-filled campaign.

In a true multiplayer sandbox experience, take to the skies and engage in high-octane dogfights through treacherous landscapes, or have a battleship obliterating the coast from the sea, and engage in some of the biggest battles ever seen as empires clash for supremacy.

Set against the backdrop of World War 1, witness the birth of modern warfare, as the Great War saw a furious arms race with new machines and weapons created to get the upper hand during the most technologically divergent war of all time. Feel the intensity and immersion as Battlefield 1 takes advantage of this modern arsenal to deliver the experience fans love, but with a fresh and modern twist. 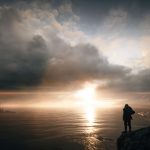 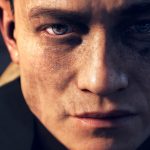 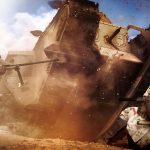 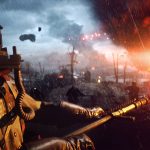 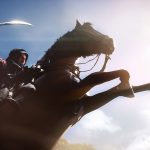 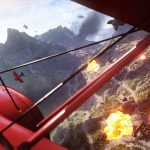 • Epic 64-Player Multiplayer Battles – Squad up with your friends and join in the most epic multiplayer battles in FPS history with up to 64 players fighting as infantry or piloting vehicles ranging from tanks and bikes on the ground to biplanes and gigantic battleships.

• Experience the Dawn of All-out War – Be a part of the greatest battles ever known to man. From the heavily defended Alps to the scorching deserts of Arabia, war is raging on an epic scale on land, air and sea as you witness the birth of modern warfare.

• Earth-shattering Intuitive Destruction – With intuitive destruction no battle is ever the same. Destroy vehicles big and small, and demolish entire buildings. From tiny wooden houses to massive stone forts, even the grounds on which you’re fighting can be blasted apart.

• War Stories from the Far Edges of the World – Discover a world at war through an adventure-filled campaign that captures the variety of a global conflict through the eyes of several different characters all united by this first modern war.

In addition to the $59.99 standard edition, Battlefield 1 will ship in the following two special editions: 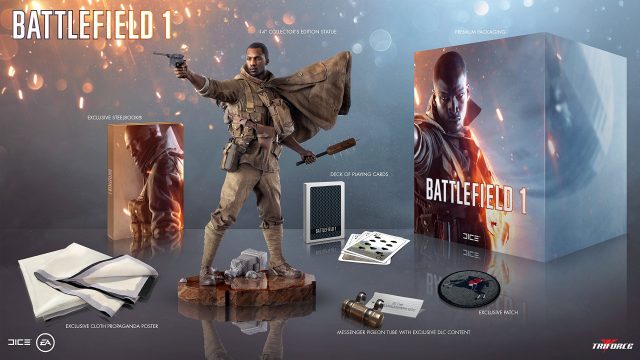 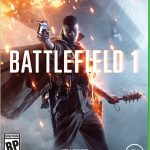 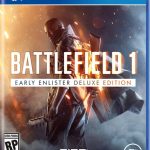 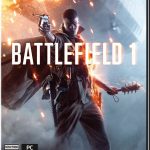