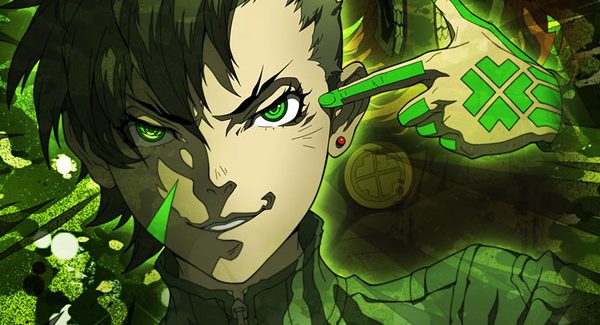 Pre-orders and launch day copies of Shin Megami Tensei IV: Apocalypse in the Americas will include a set of three metal emblem pins, Atlus announced.

Atlus: Dagda, the god who resurrects the progtagonist of Shin Megami Tensei IV: Apocalypse for his own bidding, literally leaves his mark on the hero. And at Atlus, we’re letting players leave Dagda’s mark or those of the game’s two paths, Peace and Anarchy, with the metal emblem set that will come in every pre-order and launch copy of SMTIV:A while supplies last! The three pins are metal and roughly .75″ in diameter each, and have a high shine finish! 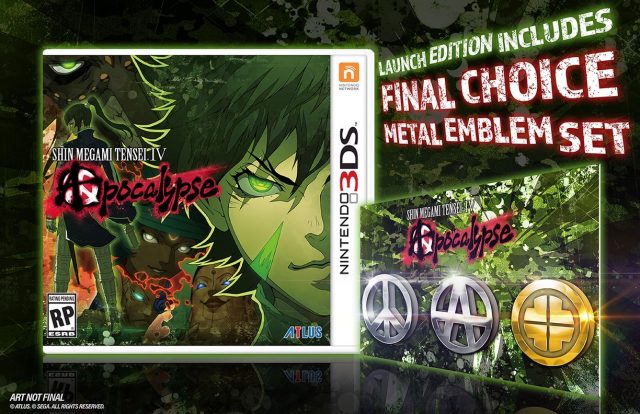 Overlapping the story of the original SMTIV, the upcoming game focuses on a Hunter cadet protagonist who gets killed by one of the demons treating post-apocalyptic Tokyo as their personal playground. However, the mysterious god Dagda resurrects the protagonist in exchange for his fealty, and sets him on a perilous path that treads a fine line between peace and anarchy. Is Dagda simply an opportunistic lesser god or is he part of something much bigger? Find out when Shin Megami Tensei IV: Apocalypse arrives on Nintendo 3DS systems in the Americas this summer. Available physically and digitally for $49.99/CA$64.99.

• Divine Intrigue – Choose between peace or anarchy while being a pawn in the gods’ chess game.

• Combat Partners – Hunting demons is dangerous, so count on some backup! Alongside the standard three demons, players will be able to rely on one of seven partners to help win battles.

• Oodles of Demons – Be on your guard because Tokyo is infested with a series record 450+ demons to fight, fuse, or recruit.

• Revamped Demon Fusion – Demons will have affinities for certain skills, so players can better plan the outcome of fusions.