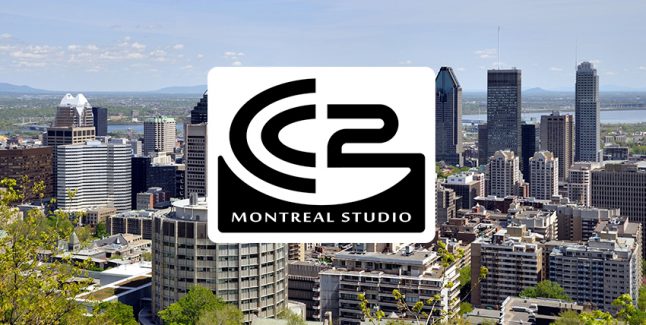 CyberConnect2 has launched the official website for its newly announced Montreal, Canada studio.

The studio is seeking a number of staff, including game designers, programmers, artists, and technical artists, to develop an “AAA title” that “will focus on photo-realistic visuals and will be developed with Unreal Engine 4.”

Find an introduction and message from the studio below.

CyberConnect2 celebrated its 20th anniversary on February 16th 2016. For this occasion, in the aim to enforce our development structure and acquire human resources on the global market, we have decided to open a new studio in Montreal, Canada.

With its studios in Fukuoka and Tokyo in Japan, CyberConnect2 Co., Ltd, has developed more than 30 video games software titles, 7 games?for smartphone, planned and produced 2 animation long feature films. Most of these games have been delivered through our clients to users’ hands from all around the world. Our company has also built a reputation and appreciated as a high quality video game development studio in the industry outside of Japan.

Based on these achievements, and in the goal to enforce our development structure and to acquire a global human resource, we have decided to settle our first overseas development studio in Montreal. With this establishment, we hope we will push ahead our services to provide a greater entertainment experience beyond our users’ expectations.

As CyberConenct2 Celebrates its 20th anniversary, to make sure to compete further in this world market, we need to find our “Western Samurai”. We already have some foreign staff in our studios in Fukuoka and Tokyo, but we can’t stay and wait them to come in Japan. There must be many creatives who want to develop with the Japanese touch. We would like to find these talents in Montreal, Quebec, a city where creators from all over the world come and where public institutions support the industry initiatives. Following to Fukuoka and Tokyo, this is our third battleground. Without a doubt, CyberConnect2 way to create is going to change.