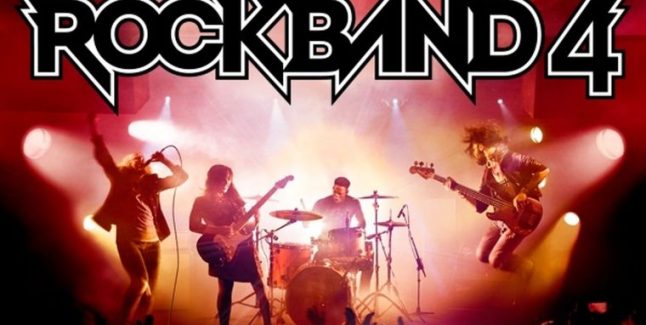 Harmonix has just announced that synchronous online multiplayer is coming to Rock Band 4, and it will be available later this year.

Harmonix Blog: As one of our most requested features, synchronous online multiplayer has been a major focus of discussion within the Rock Band 4 development team for a while. Harmonix is dedicated to bringing high quality features to Rock Band 4, and we intend to continue support of the game as a platform through the entire 2016 year (and beyond!). We’ve listened to our audience, and we’re happy to announce that online multiplayer is confirmed as a major feature in the Rock Band 4 development roadmap.

While we can’t reveal all the details yet (it’s still in development!), we can let you peek behind the curtain just a bit. Synchronous online multiplayer will be like Quickplay, modified to provide a fair and streamlined experience for console friends looking to play Rock Band 4 together online. We’ll be implementing enhancements on the back end (think of it like our secret sauce) that’ll address issues for folks who don’t have the exact same DLC libraries and the like. Back in the Rock Band 3 era, it was sometimes (often) a nightmare to have one person pick every single song, or have that one jerk troll the band when trying to compromise on the next track to play. This secret sauce will help avoid some of the more difficult areas from the previous generation.

This is just one of the exciting features included as a part of our first big expansion pack coming in the fall. Online multiplayer will be available shortly after that for everyone who has the expansion. Stay tuned for more details at E3!

So we’ve been talking a lot about this awesome fall update, right? Well, we can also tell you that synchronous online multiplayer isn’t even the major piece (or rather, pieces) we have planned for that update. We’ve got brand new features heading to Rock Band 4 that have never been in any previous Rock Band title, ever. While online multiplayer is, of course, awesome and in high demand, we’ll be bringing you major features that you’ve never seen, played, or experienced before. We’ll have tons more information at E3 this year, so don’t miss out! Keep up with the latest Rock Band 4 news on our Twitter, Facebook, and Instagram channels!