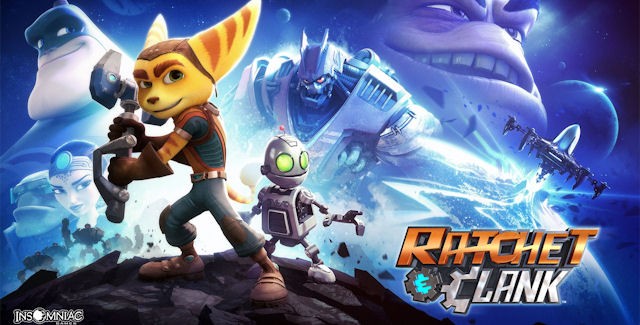 The Ratchet and Clank PS4 walkthrough will guide you through the beginning to ending moments of gameplay with strategy tips for this platformer game on the PS4.

Let’s start the Ratchet and Clank PS4 walkthrough with an introduction video!

The Game, Based on the Movie, Based on the Game… no, seriously, it is! The film and game are designed as complementary pieces. They tell the same origin story of Ratchet & Clank battling Chairman Drek, with the same major beats and character arcs. The film focuses a touch more on character development and the game is a bit more focused on the action that happens between the scenes.
Please note that viewers must be at least 18 to watch, so no harm comes to those with innocent eyes. This game includes .

With an hour of new cinematics (including footage from the film), Ratchet & Clank (PS4) takes a deeper look at the characters’ origin stories and modernizes the original gameplay. Explore the galaxy in a game that features new planets, new and updated gameplay segments, all-new bosses, all-new Clank gameplay, all-new flight sequences, and much more — with completely new visuals built to demonstrate the power of the PS4!

Battle your enemies with an out-of-this-world arsenal, including new weapons and fan-favorite tools of destruction from the Ratchet & Clank Future series. From the brand new Pixelizer (which transforms enemies into explosive 8-bit pixels) to franchise favorites like the dance-party-inducing Groovitron and wise-cracking robotic bodyguard Mr. Zurkon, Ratchet & Clank’s arsenal has never been better.

Help Ratchet and Clank save the galaxy for the first time, again, exclusively on PlayStation 4!

Welcome to the Ratchet and Clank PS4 walkthrough!

Jon will be your voice-over commentator showing you around the game’s areas.