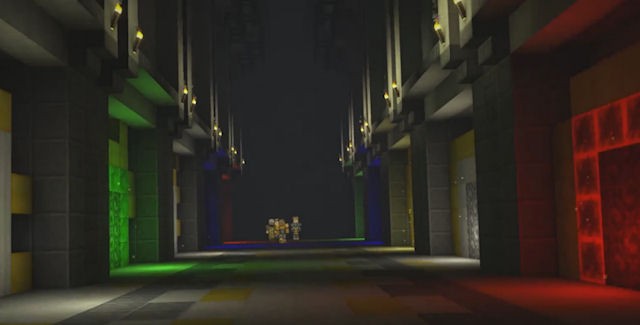 What is the Minecraft: Story Mode Episode 6 release date? On average Telltale Games has released the Minecraft episodes in a much more rapid fashion than their other episodic games — Episode 5 excluded due to the prep for the newly announced Episodes 6-8 — so you can expect a new downloadable episode every 4 to 6 weeks (but could be as much as 14 weeks apart). As such, Episode 6 is estimated arrive between Tuesday and now confirmed via an interview video to launch on June 7th, 2016.

Check out the Episode 5 ending that will lead into Episode 6 in this video: (skip to 10:53 minutes to watch)

Episode 6 Synopsis: “As the New Order of the Stone, Jesse and his/her friends must help and lead the world as role models.

Episode 5 ‘Order Up!’ won’t be the last players see of Jesse, as Episode Five will bridge the gap between the Wither Storm story arc, and three all-new adventures that will continue as post-season episodes set to release in the coming months of 2016.

The cast of Minecraft: Story Mode also continues to expand as Jesse, played by Patton Oswalt (Ratatouille) or Catherine Taber (Star Wars Rebels), join Ivor, played by Paul Reubens (Pee-wee’s Big Holiday) and the gang on a trip to the skies. They’ll meet a growing cast that includes Sean Astin (The Goonies, The Lord of the Rings) as Reginald, the loyal Captain of the Guard, Jim Meskimen (Parks and Recreation) as the rebellious Milo, and Melissa Hutchison (The Walking Dead: A Telltale Games Series) as the Founder of Sky City.”

May 31, 2016 Update: Minecraft: Story Mode Episode 6 – ‘A Portal to Mystery’ arrives June 7th on all platforms! Several special guest stars from the Minecraft community join the cast in this new episode, all playing characters from their own YouTube videos. Players will get to interact with Joseph Garrett as Stampy Cat, Stacy Hinojosa as Stacy Plays, Dan Middleton as DanTDM (The Diamond Minecart), LDShadowLady, and Jordan Maron as CaptainSparklez!

In Episode 6: ‘A Portal to Mystery’, continuing their journey through the portal hallway, Jesse and crew land themselves in another strange new world – one completely overrun by zombies. With a timely invitation to take refuge in a spooky mansion, they find themselves thrown into a thrilling mystery alongside famous members of the Minecraft community.

Future Updates: This section is reserved for upcoming Episode 6 reveals.