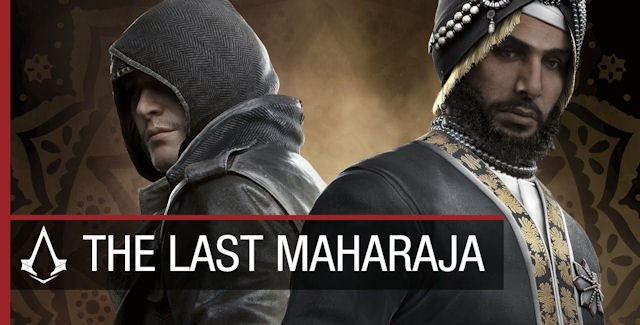 Our Assassin’s Creed Syndicate: The Last Maharaja walkthrough will guide you through the beginning to ending moments of gameplay with strategy tips for this action-adventure stealth game’s story DLC #2 on the PS4, Xbox One & PC.

Please note that viewers must be at least 18 to watch, so no harm comes to those with innocent eyes. This game includes Blood, Drug Reference, Strong Language, Use of Alcohol, Violence.

The Last Maharaja is a single-player downloadable content addition to Assassin’s Creed: Syndicate. It has been given a worldwide release date for PlayStation 4, Xbox One and PC on March 1st, 2016. The new content pack contains ten missions in which Jacob and Evie Frye help Duleep Singh, the youngest son of Ranjit Singh, in reclaiming his birthright as Maharaja.

The Last Maharaja is available separately for Assassin’s Creed Syndicate players for $7, or as part of the Season Pass for $30.

How To Start The Last Maharaja DLC

Here’s how to start The Last Maharaja DLC:

– Step #2: When you download the “Assassin’s Creed Syndicate – The Last Maharaja Missions Pack” DLC, know that after it’s downloaded and you start the game, it sometimes takes a little while for the DLC to show up in the game.

– Step #3: Look at the game map of London and go to the Boroughs section to the left of Westminster Abbey, as indicated by a giant “S” on the map where you can find Duleep Singh as a new side character. Talk to him to start “The Last Maharaja” DLC Missions!

Assassin’s Creed Syndicate – The Last Maharaja gets a Developer Demo with commentary from the Ubisoft team. It’s a convenient introduction to the new DLC.

XCV will be your pro player guide showing you around the game’s London-based missions.

Mission 1 Description: Memory 1: Henry Green asks Jacob and Evie to meet him at a garden party held at Buckingham Palace gardens. When the Assassins arrive at the party, Henry and Duleep Singh, the last of the Indian Maharajas, argue about the lack of commitment of Duleep to the people of India.

Here are the rest of the new missions covered by UbiCentral with handy voice-over tips for each individual Mission.

Thanks to Ubisoft, XCV & UbiCentral for the walkthrough videos.