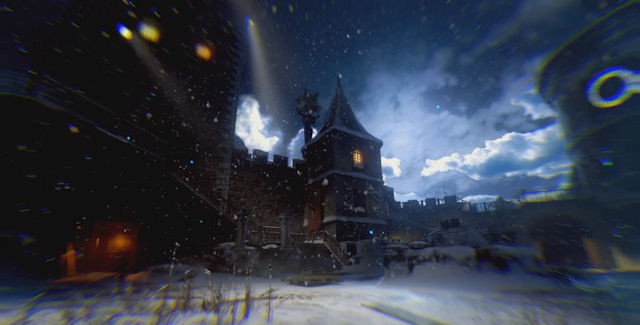 The Call of Duty: Black Ops 3 Awakening achievements guide lists every achievement for this Xbox One & PC first-person shooter game DLC #1 and tells you how to get and unlock them all.

In the Call of Duty: Black Ops 3 Awakening achievement guide we’ll show there are 10 Achievements (1 Secret) with a total of 250 Gamerscore points to earn in the Xbox One and PC versions.

1. Der Meisterbogenschuetze (50G) — In Der Eisendrache, obtain all of the ancient bows.

Tip: Follow all the steps on our “Call of Duty: Black Ops 3 Awakening Easter Eggs” page to get & upgrade all the Wrath of the Ancients bows.

2. None Left Standing (10G) — In Der Eisendrache, kill every type of zombie using a minigun.

Tips: There are two sure shot ways to spawn a minigun (also called death machine). The first one would be to get the “Fatal Contraption” Mega Gobblegum from Monty’s Factory. But since you acquire gobblegums randomly this might not be ideal. A much better, and safer way, is to run over the blue pressure plate near the Juggernog during anti-gravity. This one pressure plate will spawn a death machine pickup at the workbench by the pyramid. To trigger anti-gravity just stand on all 4 pressure plates around the pyramid for a few seconds.

Note: Dogs are not needed for the achievement. The earliest you can do it is in round 12, because that’s the first time a Panzersoldat spawns. Kill off some Zombies and let him chase you around the pyramid room. When some zombies are burning/electrified you wait for anti-gravity, run over the pressure plate and quickly grab the death machine pickup. Then kill the Panzersoldat and all the zombies.

Tips: The Wrath of the Ancients is a bow you can upgrade. There are 4 different variations: electric, fire, wind, wolf. With this guide you get the first upgrade, the electric upgrade. – You must follow these steps in the given order and you cannot skip a step.

• Step 1: Feed the 3 Dragons. This is done by killing zombies under them. They must chew up 7 zombies you’ve killed. Then the dragons fall apart.
• Step 2: Now you have unlocked the Wrath of the Ancients Bow, pick it up.
• Step 3: To start upgrading it, use the Death Ray Trap (section after turning on the power) and shoot the weather vane to the left of the death ray.
• Step 4: A Blue arrow falls down from the weather vane. Pick it up.
• Step 5: There are 3 bonfires scattered around the map. Shoot them with arrows to light them up.
• Step 6: Go to the Pyramid room. Wait for the anti-gravity to activate and wall run over the 5 blue symbols on the wall.
• Step 7: Now 3 electrified urns show up around the map. You must kill 5-8 zombies near each urn. Then some blue orbs will get sucked into the urns. When the orbs stop appearing you move on to the next urn.
• Step 8: Charge arrows at the urns (hold down the shooting button, the RT on Xbox One). The arrows are now electrified. Shoot the same 3 bonfires again with the electric arrows.
• Step 9: Return to where you picked up the blue arrow in step 4 by the death ray. There’s some blue fog, hold the X button on Xbox One to interact with it.
• Step 10: Shoot the weather vane with your arrows once again and pick up the blue arrow that falls down.
• Step 11: Pick up the arrow and place it at the pyramid. Now kill 15-20 zombies near the pyramid to collect blue orbs. After a while the upgrade is finished.
• Step 12: Pick up your new and super powerful bow and you’re done! Congrats!

Note: it’s a bit easier with a co-op partner. They can hold off the zombies while you aim at the bonfires. It also works solo.

Tips: To build the Ragnarok Wonder Weapon you must find 3 parts and put them together at a workbench.

• Part 1: Dropped by the first Panzersoldat (spawns in round 12). Use Wrath of the Ancients Bow to kill him quickly.
• Part 2: Activate the Death Ray Trap (on the bastion walls after turning on the power). This spawns a blue glowing object in the sky. You must use a Wundersphere to get it (will be random which Wundersphere you must use to reach it, changes on every playthrough. There are 4 Wunderspheres one always leads to the part in the sky).
• Part 3: In the Rocket Pad area, wait for 1-2 minutes until the rocket launches. Quickly use the switch underneath the rocket (turns from red to green when useable) and run back inside to the teleporter. There is a console with 3 lights that will turn from red to green. When they are all green you must hit the switch on the console. Be cautious of zombies spawning here.

After you have the Ragnarok you can do 2 achievements with it:

– TIME TO SLAM (In Der Eisendrache, revive two players protected by the Ragnarok DG-4.):
Let two of your teammates kill themselves with a grenade, then plant the Ragnarok and revive them.

– NOT BIG ENOUGH (In Der Eisendrache, trap and kill a Panzersoldat using the Ragnarok DG-4.)
Every couple of rounds some more Panzersoldaten will spawn (usually round 17/18, 22/23…). When they spawn, weaken them first (about 10 shots with your bow) and then plant the Ragnarok on the ground near them. It will make them hover for a few seconds. You must kill them WHILE they hover in the air! This only lasts a very short time, which is why you must weaken them first. When they fall back down to the ground it will no longer count for the achievement. Your teammates can help you by planting their own Ragnarok traps. It doesn’t matter who plants the trap. Only the player landing the killing shot will get the achievement, regardless of who set up the trap.

Tips: Here are the steps to wall buy the BRM.

8. Fling Me to the Moon (20G) — In Der Eisendrache, use every Wundersphere twice.

Tips: There are 4 Wunderspheres on Der Eisendrache. To activate them you must first interact with the 4 landing pads. – Once a landing pad has been triggered, the lights on the corresponding Wundersphere turn from red to green. It will stay active throughout the match.

Here are the locations for all the Landing Zones.

The Wundersphere flings you into the air and to the landing pad (similar to a teleporter). Each use costs 500 points!

9. Death From Above (20G) — In Der Eisendrache, kill a zombie while being flung by a Wundersphere.

Tip: After activating a Landing Pad, kill a zombie while being flung by a Wundersphere. This is best done by luring a large group of zombies towards you as you go into the Wundersphere pod, then throw a grenade at the group right as you walk onto the Wundersphere! – If you need more timing cues, take a look at this visual guide.

Tip: Complete all boss fights & Challenges the game gives you on the Eisendrache map, including how to trigger them, is shown in our “Call of Duty: Black Ops 3 Awakening Der Eisendrache Guide” that shows how to get to the ending.

Special thanks to Activision, Powerpyx & iPrzemek for the list, tips & guide videos.

Please comment if you have any Call of Duty: Black Ops 3 Awakening achievement unlock tips of your own. Kudos will be given. – Thanks for visiting!