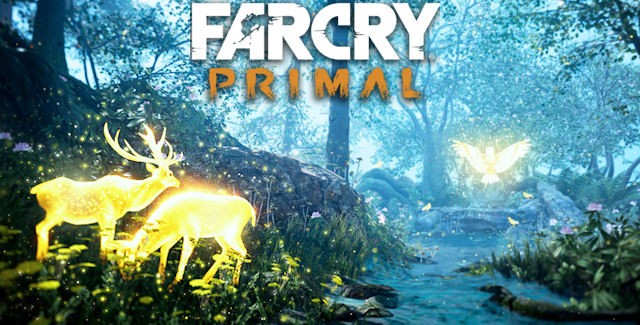 Here are some of the newly discovered Far Cry Primal glitches.

Note that these Far Cry Primal glitches can of course get patched by Ubisoft at any time. But you might encounter the here-under listed glitches for yourself in the meantime.

Out of the Map Glitch

You can get out of the world map near the start of the game.

Under the Map Glitch

This glitch uses wallbreach to go under the map when swimming in Shayu’s Cave near its Daysha Hand.

Here’s a funny glitch if you randomly put an arrow in an enemy’s skull that may cause the enemy to propel away.

Your left hand may get stuck in an upright position in front of you as you walk around in the Wenja willage.

How To Fix Glitches: Download the latest patch for Far Cry Primal, Ubisoft uses patches to try and fix the above-shown most common glitches on all systems.

The Day One Patch introduces a new difficulty setting to Far Cry Primal – Expert Mode – which will go all out and push you to the limits of your ability! Not only will enemies be more challenging, but Takkar will be more vulnerable to attacks, making every hostile encounter a more tense battle for survival.

Expert Mode brings a bunch of changes to how the games works, which will truly test even the most hardcore player. From reduced player aim assists to smarter enemy AI, you’ll definitely need to be on top of your game to handle what Oros has to offer.

• Players’ health has been halved compared to Hard difficulty.
• Reduced players aim assist.
• AI shoots faster by 1/3
• Enemies in combat are not shown on mini map by default (they appear only if they are tagged).
• It takes the AI a longer time to “forget” you when you hide
• The aim assist box is reduced for several weapon types (bow, club, spear)
• The player damage is reduced

Alongside the addition of the new Expert Mode, we’re also making sure to offer the best game experience possible for launch. As such, we’re providing small tweaks and changes through the Day One Patch, to ensure that your time saving the Wenja tribe goes as smoothly as possible.

Have you encountered any Far Cry Primal glitches?