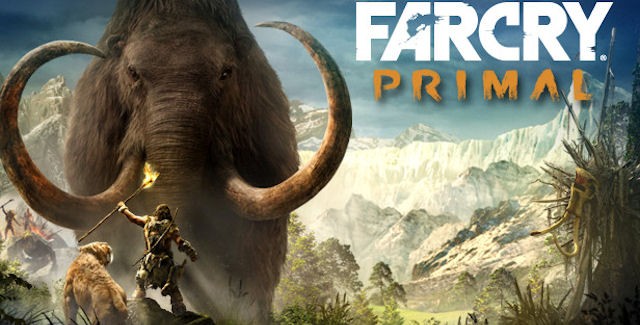 The Far Cry Primal walkthrough will guide you through the beginning to ending moments of gameplay with strategy tips for this first-person shooter game on the PS4, Xbox One & PC.

Please note that viewers must be at least 18 to watch, so no harm comes to those with innocent eyes. This game includes Blood and Gore, Intense Violence, Nudity, Sexual Content.

The award-winning Far Cry franchise that stormed the tropics and the Himalayas now enters the original fight for humanity’s survival with its innovative open-world sandbox gameplay, bringing together massive beasts, breathtaking environments, and unpredictable savage encounters.

Welcome to the Stone Age, a time of extreme danger and limitless adventure, when giant mammoths and sabretooth tigers ruled the Earth and humanity is at the bottom of the food chain. As the last survivor of your hunting group, you will learn to craft a deadly arsenal, fend off fierce predators, and outsmart enemy tribes to conquer the land of Oros and become the Apex Predator.

Doug & Brad will be your voice-over commentators showing you around the game’s areas.

The first intro mission takes exactly half an hour to survive the mammoth hunt.

Tip: How to fast travel? Find and ignite bonfires to unlock new fast travel locations and access to your Reward Stash.

Tip: Fearsome Udam and Izila leaders are attacking the Wenja and threatening the tribe’s survival. Undertake “Tribal Clash: Kill” quests to rid the land of oros of their presence.

Follow the owl guide and learn about taming beasts.

Trick: If your tamed beast is killed (if you’re too late to heal it when it gets downed), you can still revive it in the Beasts menu (press right on the Directional-Pad to access it); Requires a few red plant leafs.

Build your village. Your village is a safe haven for Wenja. Upgrade huts to unlock skills, weapons, and more. Find hut resources across the land of Oros. Pause the game and browse the Village and Pack menus for more info. When you have enough resources, go to the village and look for upgradable huts.

Note: In the Village menu, you can see your current tribe population and the rewards you will receive for finding more Wenja.

Bring Jayma the hunter to your village. She will show you how to improve your hunter vision and tell you more about Beast Master hunts.