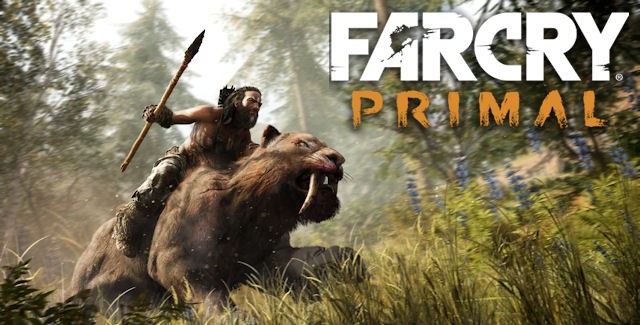 The Far Cry Primal achievements guide lists every achievement for this Xbox One & PC first-person shooter game and tells you how to get and unlock them all.

In the Far Cry Primal achievement guide we’ll show there are 50 Achievements (13 Secret Achievements) with a total of 1,000 Gamerscore points to earn in the Xbox One and PC versions.

This intro video explains what to pay attention to in the game if you’re a 100% achievement hunter:

Note: The starving and vicious Bloodfang Sabretooth hunts at night to satisfy its hunger for human flesh, so beware.

Location: Completion of the “Great Scar Bear Beast Master Hunt” quest will allow you to tame the Great Scar Bear and have it has one of your beasts.
Access to this quest is not available until much further into the story progression, when it will show up on your map near its cave.

Location: Completion of the “Snowblood Wolf Beast Master Hunt” quest will allow you to tame the Snowblood Wolf and have it has one of your beasts.
Access to this quest is not available until much further into the story progression, when it will show up on your map where you must investigate a Wenja corpse in the mountains.

Tip: Early on in the game you can unlock the skill to tame beasts from Tensay the shaman, who can teach you how to tame predators.
Then after taming an animal like a Dhole or Wolf, either keep it around or at a later point call it to you by pressing right on the Directional-Pad; After which you can aim 3 arrows at your tamed beast’s head to mortally wound it, do not heal it and wait a while as it bleeds out to kill it. At which point you can walk up to its corpse to skin it.

Locations: First tame a Brown Bear or Sabretooth Tiger by looking on your map for their locations.
Second, kill 25 enemies while riding your beast(s). Both the beast kills and the weapon kills count.

Requirement: No spear upgrade needed unless you are facing off tougher enemies that appear later in the game. – The spear automatically becomes available early in the game.

Tip: The spear has much a much higher projectile drop when thrown than the arrow does so you’ll have to compensate by aiming higher. In this guide video, we’re above the target so I didn’t have to aim as high and let gravity do most of the work.

Location: Go to an enemy outpost (the one called “Kapal Outpost” to the east of the village works great for this). Use your owl to place a waypoint on one of the idle enemies (press L1 / LB). The waypoint will show you the exact distance. When it’s at 50+ feet you must aim a little bit over the enemy’s head and throw the spear.
There are also enemies randomly roaming through the woods, so there are many possible locations to get this. The early outposts work best because the enemies don’t have any armor and will die in 1 hit from the spear.

Note: If you mess up, simply die in-game by letting the enemies kill you, and then you’ll respawn in front of the camp.

Requirement: Upgrade to the Long Bow. The Long bow has less arrow drop in flight and does greater damage (killing unarmored enemies in one hit) with a further zoom than the normal bow. In order to craft the Long Bow, you will need to upgrade Jayma’s Hut to level 1 and acquire: 14 North Cedar, 12 North Black Rock, and 10 North Clay.

Location: Once you have the bow, go to an enemy outpost. The “Swaras Outpost” to the north-east of your village works great. Use the owl to place a waypoint on an idle enemy. This will show you the exact distance. When the waypoint is 70+ feet away aim a little bit over the enemy’s head and shoot your arrow.

Note: If you mess up, by alerting enemies or such, then die in-game to respawn at the outpost for a retry.

Requirement: You need the “Owl: Attack Skill” to get this achievement. You can reduce the cooldown to 40 seconds, but it’s not necessary.

Location & Tips: “Owl: Weapon Drop Skill” does not count! Only “Owl: Attack Skill” counts. You can do this everywhere on the map, best places are outposts or bonfires. Use your owl, identify a target and press the RT trigger on your controller (Owl: Attack) when the game tells you.

Important: You need to repeat this 15 times during a single playthrough to get the achievement.

Location: The Pardaku Lookout is at the top of a mountain to the south of Piki Meat Outpost.

Tip: After you climb to the peak of Pardaku Lookout, you can jump off into the small pool of water below (on the west side of the mountain).

Location: Look at the in-game map. The cave is marked with a “?” symbol on the world map. – From your village spot, follow the river across the map to the top-right corner where the river ends/starts in the caves (east of the big frozen area). Enter the cave there in the north-east (called the Hasar Likarta location), the Blood Dragon can be found at the end of this short cave.

Special thanks to Ubisoft, Brian, Powerpyx & 360GameTV for the list, tips & guide videos.

Please comment if you have any Far Cry Primal achievement unlock tips of your own. Kudos will be given. – Thanks for visiting!