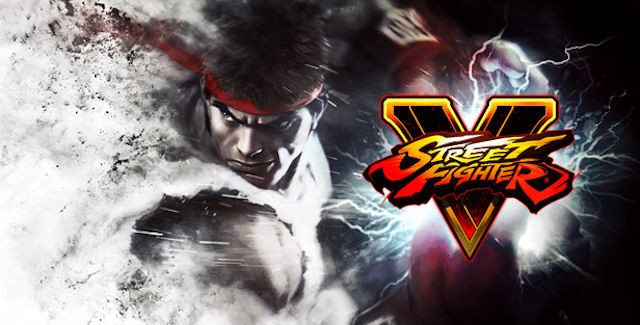 Here we will show you how to unlock all Street Fighter 5 codes with a cheats list that’s valid for the PC & PlayStation 4 versions.

While the main Street Fighter 5 cast of 16 characters is available from the get-go, you’ll be able to unlock 6 more DLC characters either by paying $30 for the Season Pass or for free by earning 100,000 Fight Money in-game currency for each DLC character when Alex, Guile, Balrog, Ibuki, Juri & Urien get released at a pace of one per month between March, April, May, July, August & September 2016. Simply spend the 100,000 Fight Money to unlock each character when (s)he becomes available in the in-game store.

• Play Online Ranked Matches to receive 50 Fight Money per win**. On top of that with every level increase on each of the 16 characters you will receive 1,000 Fight Money.

• Play Challenge Mode’s Trials sub-mode that puts your skills to the test with combo trials for all 16 characters, ranging from basic to pro combos that earn you varying amounts of Fight Money**. – This mode will become available in March 2016.

• Play Challenge Mode’s Extra Battle sub-mode that has you fight against special CPU bosses (AKA Boss Rush) in challenges that upon completion earn you varying amounts of Fight Money**. – This mode will become available in March 2016.

• More ways to generate Fight Money will be added by Capcom post-launch as time goes on.

Here’s a short tutorial on how to earn some quick Fight Money.

**Make sure you are logged in with your Network ID for Street Fighter V and ensure that your game doesn’t get disconnected from the Capcom server, or you’ll gain no Fight Money. It’s indicated at startup if the game’s servers are offline for server maintenance, in which case you should wait to play until they get back online.

The Street Fighter 5 cast of 16 characters all have their own “alternate story costume”. At launch it’s only visible in Story Mode. Finish the Story Mode with each character to unlock their corresponding Story Mode costume for purchase… and starting in March 2016, when the in-game store arrives, you can buy them for 40,000 Fight Money each. Buying each alternate costume will make them available for use in all modes of the entire game (and not just Story Mode).

There are 6 exclusive DLC costumes in the Season Pass. As you know, the Street Fighter 5 Season Pass includes 6 additional characters, but what’s new is that for each DLC character it also includes a “premium alternate costume” for Alex, Guile, Balrog, Ibuki, Juri, and Urien.

There are 4 pre-order bonus exclusive DLC costumes for Ryu, Chun-Li, M. Bison and Cammy. These “battle costumes” will only be available if you pre-order the game through: GameStop (to get Ryu’s), Amazon (to get M. Bison’s), Best Buy (to get Cammy’s), or through the PlayStation Store and PC digital stores like Steam (to get Chun-Li’s).

Note: It’s unclear if the premium costumes from the Season Pass or the battle costumes from the Pre-order Bonuses will become available to buy or unlock separately. As of right now this is the only paid DLC in the game, since the rest can be unlocked for free. Your best chance is to keep an eye on the in-game store throughout the year, it doesn’t open up shop until March 2016.

The Street Fighter 5 cast of 16 characters all have 10 color options per costume, but only the first two colors are initially available for each fighter. In order to get all colors, you’ll need to finishing Survival Mode’s first three of the four difficulty levels with each individual character wearing the specific costume you want to unlock the colors for (yes, it’s super annoying).

The order in which costume colors get unlocked:

• The third of the first three color options becomes available by finishing Survival Mode on Easy difficulty, so win 10 matches. (There’s 1 round per fight.)

• The next three color options become available by finishing Survival Mode on Normal difficulty, so win 30 matches. (There’s 1 round per fight.)

• And the last four of the 10 colors become available by finishing Survival Mode on Hard difficulty, so get to match #50 to fight & defeat M. Bison at the end. (There’s 1 round per fight.)

Here’s a short tutorial on how to complete Survival Mode on Hard & Hell difficulty.

Note: It’s unclear if the in March 2016 upcoming in-game store will offer a way to unlock all costume colors by buying them per character (or costume?) in bulk with the game’s Fight Money currency. That’d be real nice, though!

At the Street Fighter 5 launch there are no unlockable stages as of yet. Likely the day and night variations of stages — that you cannot yet choose to play on — will become available in March 2016, when the in-game store arrives.

Note: While unannounced, hopefully the upcoming in-game store will offer a way to unlock new stages by buying them per stage with the game’s Fight Money currency.

Check out this E3 2015 interview with developer Capcom’s Senior Product Manager, Matt Dahlgren. You’ll get quite a few gameplay tips and tricks from the pro players, namely from both Eduardo Perez and Kenneth Bradley.

In this video guide players are acquainted with:

• The core gameplay mechanic behind the game comes from the Variable System that gives each character their own play style.

• How the game caters to more aggressive players with the faster gameplay compared to the previous game in the series.

Take a look at the Street Fighter 5 guided tour:

Do you know of any Street Fighter 5 cheats or unlockables?
Let us know in the comments, you’ll get credit for finding out. – Thanks for visiting!