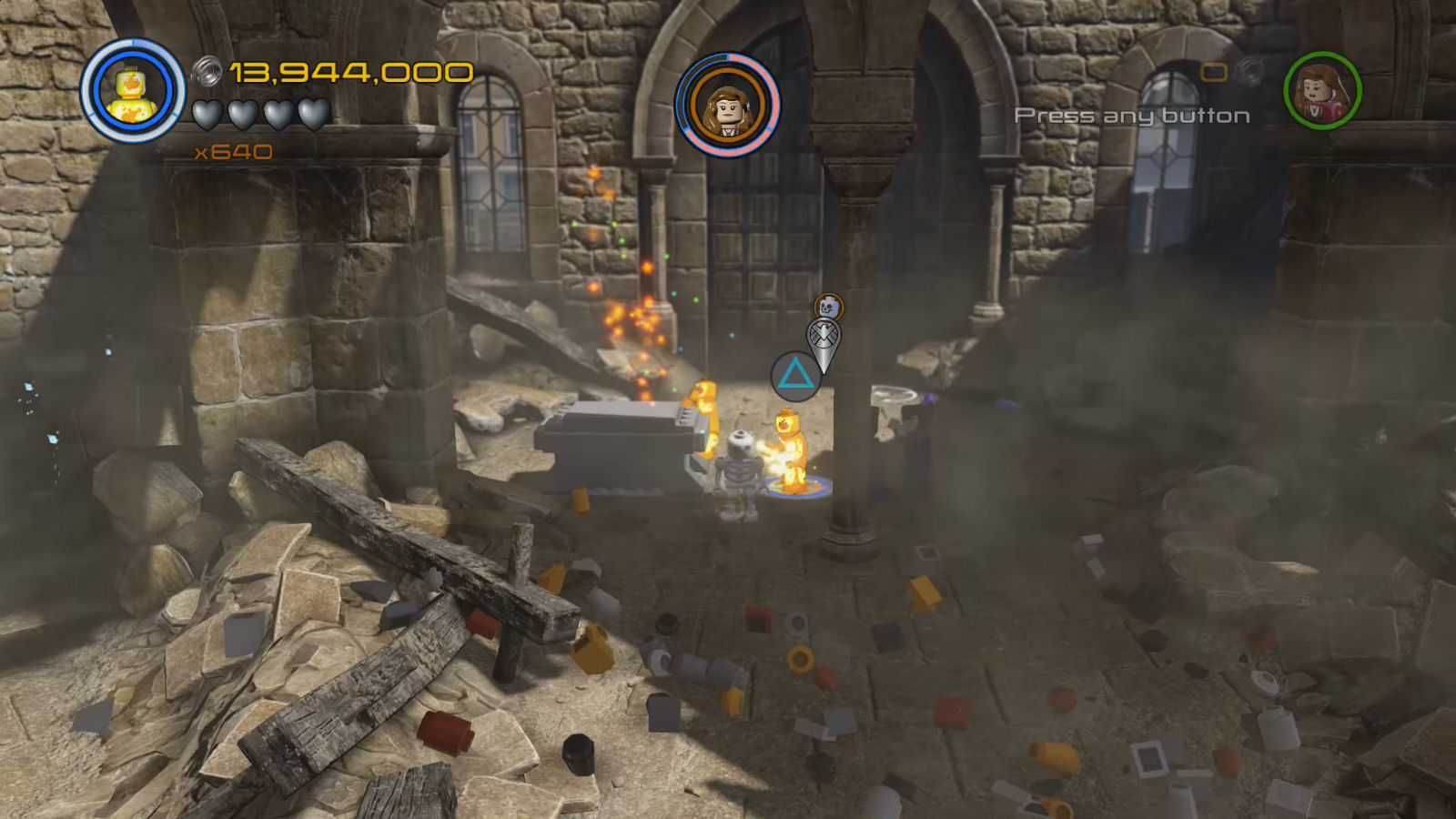 Collect Ghost Studs Red Brick Location #16: In “Level 15: Ultron Undone – Part C” The Collector is in the 2nd part of the boss fight, in the dig site area in the back after Hawkeye launches Quicksilver’s big attack. Use Squirrel Girl to dig through the tunnel to this new area where The Collector is standing next to a tomb. Put out the fire with Captain America, put the Lego pieces together into a pivot tool to open the tomb with it & Vision’s Telekinetic Powers. Put together the received skeleton parts & interact with it with Scarlet Witch’s Mind Control. Take the remaining Sokovian Skeleton Skull to The Collector nearby