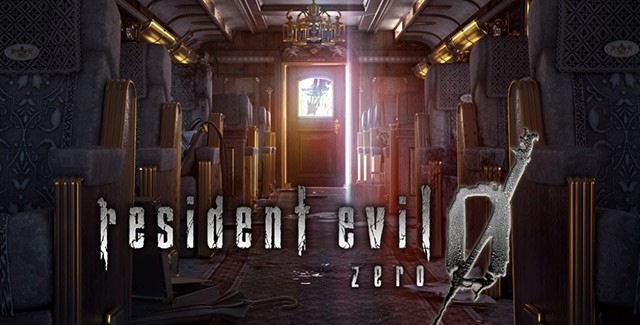 The Resident Evil 0 HD Remaster walkthrough will guide you through the beginning to ending moments of gameplay with strategy tips for all puzzle solutions & boss fights in this survival-horror game on the PS3, PS4, Xbox 360, Xbox One & PC.

Return to the origins of the Resident Evil series in this HD remaster of the 2002 GameCube survival horror classic, Resident Evil 0.

Please note that viewers must be at least 18 to watch, so no harm comes to those with innocent eyes. This game includes Violence, Blood and Gore.

Be prepared to relive the first nightmare in Resident Evil 0, a remastered version of the popular prequel to the original Resident Evil game. This remastered version takes the fear-inducing atmosphere from the original 2002 release and transforms it with stunning new HD visuals, improved sound, widescreen support and an optional modernized control system and more. It’s the best way to experience the story of what really happened before the iconic mansion incident that was the catalyst for the entire Resident Evil saga.

The story of Resident Evil 0 takes players back to 1998. Reports have been mounting about unusual murders on the outskirts of Raccoon City. The city’s Special Forces division, S.T.A.R.S., sends their Bravo Team – including rookie cop member Rebecca Chambers – to investigate. On route, the team’s helicopter suffers engine trouble and is forced to make a crash landing, where they find an overturned prisoner transport vehicle. Splitting up to search the area, Rebecca discovers the Ecliptic Express, a train stopped dead on the tracks. Inside, she meets death row convict and ex-Navy lieutenant Billy Coen. Throughout the game, you will take control of both Rebecca and Billy, at times switching between both characters in order to proceed. Learning the advantages of each character is the key to solving puzzles and surviving the nightmares that lie ahead.

Take a look at an early prototype version of Resident Evil 0 that ultimately became the 2002 fan favorite. Then, see that modern classic reborn in 2016’s HD remaster! This video compares all three versions to see the improvements.

Listen to the people at Capcom play through the early stages of the Resident Evil 0 HD Remaster with gameplay tips and tricks.

Chapter 1-A: The Deadly Train

Centerstrain will be your voice-over commentator showing you around the game’s creepy levels, one chapter at a time.

You control rookie S.T.A.R.S. member, Rebecca Chambers, and death-row fugitive, Billy Coen. Each character has different strengths and weaknesses which you must understand in order to solve puzzles and survive.

Note: Don’t get too used to having backup, though. You may sometimes find yourself alone and fending for yourself.

Scorpion Stinger Boss Battle Tip: Shoot at the Scorpion’s weak spot on its head. Preferably shoot with the rifle (on manual reload every 2 shots fired) for maximum damage, or with the pistol from a distance.

His attacks are predictable, either after he screams or when he puts his claws together & crouches.

Train-breaks Puzzle Solutions: When the train derailing countdown clock starts, you’ll come across an un-locking pad in the driver’s control room. To activate the train’s breaks, you have to solve a puzzle by entering the correct randomized numbers combo, which most likely is one of the following solutions:

Centurion Boss Battle Tip: Only shoot at the Centurion’s weak spot on its belly. Preferably shoot with Billy’s grenade launcher for maximum damage. He’s open to attack when he’s reared up, as that’s when his belly will be exposed.

Clock Works Room Time Puzzle Solution: Set the time on the clock to 8:15 to open two doors that lead to several new rooms.

Giant Chessboard Puzzle Solution: Outside of the giant chessboard, there’s a normal size chessboard on the desk that shows the puzzle solution (for a checkmate win).

Billy can move the giant chess pieces to get the same outcome and solve the puzzle by moving the white King 3 squares down (past the black Pawn), then 1 square right (to the board’s edge), and then 2 squares up (to the white Rook in the board’s right-top corner).

Power Regulator Puzzle Solution: After running past the giant spiders (hope you don’t have arachnophobia!) then you’ll get to the Torch room. The correct power level is achieved by pressing the switches in this order: Up, Up, Down, Up, Up.