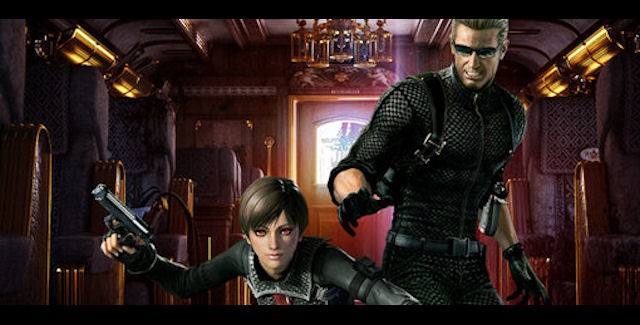 Here we will show you how to unlock all Resident Evil 0 HD Remaster codes with a cheats list that’s valid for the PC, PS4, PS3, Xbox 360 & Xbox One versions.

How To Unlock: Complete the game on Easy, Normal or Hard mode (with any rank) to unlock the “Wesker Mode” in the Main Menu.

It lets you play as Wesker in his Resident Evil 5 incarnation (hilariously still voiced by Billy Coen) and gives Rebecca Chambers a black outfit with the Scarab device on it (the same Jill was brainwashed with it in Resident Evil 5). The Uroboros virus has given Wesker two special abilities: Death Stare and Shadow Dash.

• Death Stare: The Death Stare attack lets Wesker unleash a blast of power from his glowing red eyes. Start charging the attack and an aura will appear around Wesker; unleash it to deal massive damage to any enemies caught in the attack radius. A fully-charged Death Stare has immense attack power.
• Shadow Dash: Shadow Dash lets Wesker move at incredible speed. Run as fast as the wind, literally! Mastering this move is vital for beating your best times.

How To Unlock: Complete the game on Easy, Normal or Hard mode (with any rank) to unlock the “Leech Hunter” mini-game in the Main Menu.

How To Unlock: These new costumes (Billy’s suit and Rebecca’s leather & cowgirl uniform) and more (depending on what pre-order bonus costumes you received) can be selected from the start of the game, from the Main Menu. Open the Status/Inventory menu, then select the Personal category and then go to the Switch section. Once there, use the case to select the costume you want to wear.

Note that in the original game would’ve had to complete the game on Normal or Hard mode (with any rank) to get new costumes. After that was done you could find the Closet Key in Rebecca’s Inventory when you started a new game. Luckily it’s easier now in the remake.

How To Unlock: Complete the game on Normal or Hard mode to get special weapons depending on the completion time and rank you achieved at the end.

Do you know of any Resident Evil 0 HD Remaster cheats or unlockables?
Let us know in the comments, you’ll get credit for finding out. – Thanks for visiting!