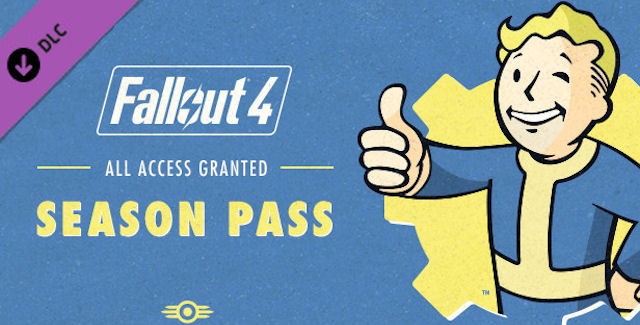 Here’s a quick update on the expected Fallout 4 DLC Release Date. Bethesda has confirmed how they will support Fallout 4 after its November 10th, 2015 launch. We can expect to play the first of multiple expansion packs in March 2016! The rest of the DLC will be released throughout 2016 like the studio did post-launch with Fallout 3’s five downloadable add-ons between January & August 2009. Since this is the same development team (plus eight more people) that timetable has been updated to say Fallout 4’s story DLC #1: Far Harbor arrives in May 2016.

The good news with this Fallout title is that there won’t be any system-exclusive content. So PlayStation 4, Xbox One and PC players will all get the same DLC at the same time. 🙂

Description: The mysterious Mechanist has unleashed a horde of evil robots into the Commonwealth, including the devious Robobrain. Hunt them down and harvest their parts to build and mod your own custom robot companions. Choose from hundreds of mods; mixing limbs, armor, abilities, and weapons like the all-new lightning chain gun. Even customize their paint schemes and choose their voices!

Description: With the Wasteland Workshop, design and set cages to capture live creatures – from raiders to Deathclaws! Tame them or have them face off in battle, even against your fellow settlers. The Wasteland Workshop also includes a suite of new design options for your settlements like nixi tube lighting, letter kits, taxidermy and more!

Description: A new case from Valentine’s Detective Agency leads you on a search for a young woman and a secret colony of synths. Travel off the coast of Maine to the mysterious island of Far Harbor, where higher levels of radiation have created a more feral world. Navigate through the growing conflict between the synths, the Children of Atom, and the local townspeople. Will you work towards bringing peace to Far Harbor, and at what cost? Far Harbor features the largest landmass for an add-on that we’ve ever created, filled with new faction quests, settlements, lethal creatures and dungeons. Become more powerful with new, higher-level armor and weapons. The choices are all yours.

Season Pass DLC Note: More than $60 worth of DLC will come out during the year, and the season pass will go from $30 to $50 on March 1. If you buy it at 30, you will still get all of the same content.

We will update this page as we get a better estimate or confirmed date for the first Fallout 4 DLC. Regardless of what happens during its development, it should arrive before the end of March 2016 (the last month of Q1 2016 / early 2016). Developers tend to strike the iron while its hot and all that jazz.

We’ve always done a lot of DLC for our games. We love making them and you always ask us for more. To reward our most loyal fans, this time we’ll be offering a Season Pass that will get you all of the Fallout 4 DLC we ever do for just $30. Since we’re still hard at work on the game, we don’t know what the actual DLC will be yet, but it will start coming early next year. Based on what we did for Oblivion, Fallout 3, and Skyrim, we know that it will be worth at least $40, and if we do more, you’ll get it all with the Season Pass.

Thanks again to all of you! The support and excitement you’ve given Fallout 4 has blown us away. It’s energized us even more to do everything we can in these final months to make this our best game yet. We absolutely can’t wait for you to play it, and share your adventures with us and each other.”

As quoted above, Fallout 4 game director Todd Howard promised that the $30 Season Pass will give a $40 value — meaning: when the add-ons are bought separately they cost $10 more — which could make them go down the same road they did with Fallout 3’s Operation Anchorage, The Pitt, Broken Steel, Point Lookout and Mothership Zeta expansion packs.

Here’s Fallout 4 come to life in this live-action “The Wanderer” trailer:

Since the DLC packs’ content will be determined by fan-feedback, speak up in the comments section and let them know what you want.

What are your suggestions for Fallout 4 DLC Packs?