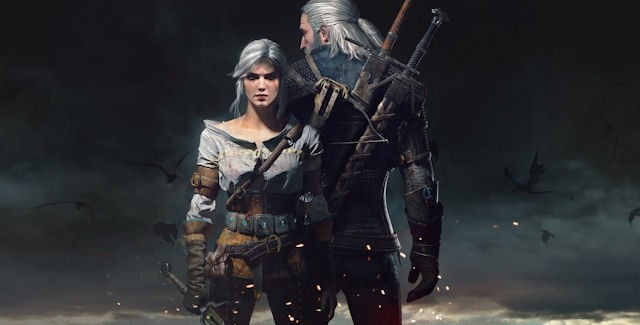 The Witcher 3: Wild Hunt developer CD Projekt’s CEO Adam Kicinski has dropped The Witcher 4 hints in a Polish TV show that seem to be a subtle hint at a future sequel!

“We work within this universe for over a dozen years now and I don’t think it’s going to be the end of it.” -Adam Kicinski

“It’s too early to talk about it, but it’s not like we’re forgetting about this brand – that’s understandable. (…) It wouldn’t be fair towards the fans. We work within this universe for over a dozen years now and I don’t think it’s going to be the end of it.”

Before the developer can get started on The Witcher 4, they first need to get their next game — titled Cyberpunk 2077 — out the door, presumably in 2017. Here’s what he said about it:

“The project is even more ambitious than we first planned (…) we need to create a game that will be even more successful. (…) We have a long way ahead of us to reach the biggest commercial successes in the world. Sure, many people consider The Witcher 3 to be the best game in the world this year, but this is not a game that broke any sales record.”

Although one of The Witcher 3 endings players could achieve, might suggest a sequel could include the adventures of Geralt and his adoptive daughter Ciri…

Yet CD Projekt’s original 2002 demo concept for The Witcher series involved the main hero not being Geralt from the book series its based on, but instead a witcher created by the player! This initial concept for the games could return in future installments.

Not sure what to think of playing as your own witcher? Take a look at this proof of concept video:

I imagine gamers would love another sequel. The Witcher 3 sold over 6 million copies in the first six weeks following its worldwide launch on May 19th, 2015. Making it the studio’s fastest-selling title, the best-selling currently still being The Witcher 2’s 8 million sales. Although considering in how many discount deals on Steam, Xbox Store & PlayStation Store the game has been included in, it will no doubt have crossed the double-digit million sales by now.

Mid-2016 fans will get a 20-hours-long, second story expansion for The Witcher 3 titled “Blood and Wine”, which is said to close the book on Geralt’s journey for the time being. Looks like there’s plenty of The Witcher series in everyone’s future.

What are your suggestions for The Witcher 4?