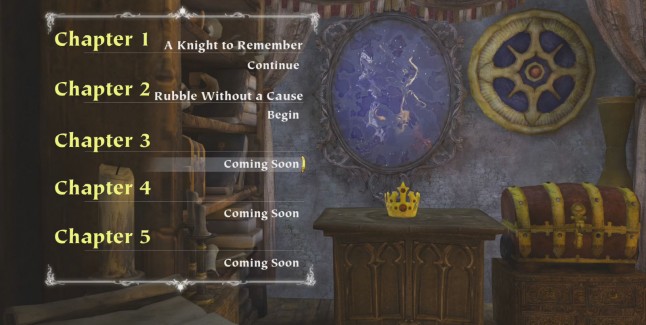 What is the King’s Quest 2015: Chapter 3 release date? Hints were given in a Sierra Games launch press release that leads us to believe we can expect a new downloadable episode every 2 months. It sadly is difficult to estimate what the roll-out schedule will be until Chapter 3 comes out of development; Hopefully by the last week of February, March or April, so all we have confirmed is that that will be in early 2016. — Update: Chapter 3 is officially confirmed for April 26th, 2016!

NEW: You can view the full chapter in our King’s Quest 2015: Chapter 3 Walkthrough. 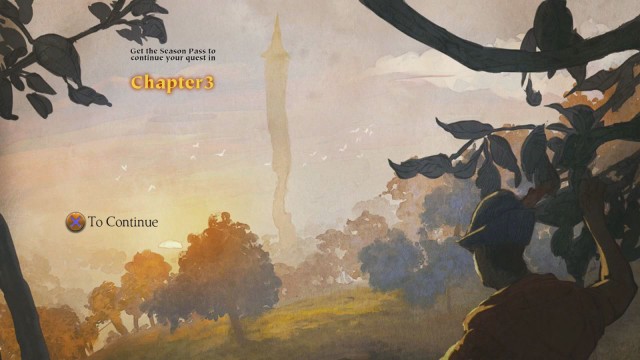 To quote: “*Subsequent chapters and epilogue may be downloaded in-game as available upon individual release throughout 2015 and 2016.”

If the chapter releases are similar to how other episodic adventure games have a spread-out release, it could mean the 3 remaining chapters will arrive over the next 6 months, around 1 new chapter being released every 2 months. But we won’t know for sure until Chapter 3 gets released… which hopefully happens by the end of February 2015. 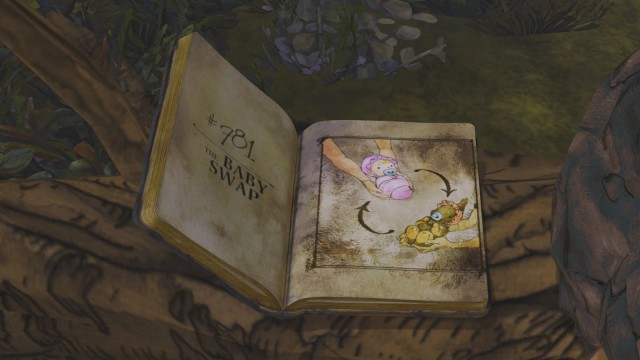 Synopsis: Unconfirmed as of yet, but as you can see in our “King’s Quest 2015: Chapter 2 Walkthrough“, the Chapter 2 ending suggests King Graham will continue telling his stories from his sickbed.

Up next seems to be how Manny manipulates another forest inhabitant to do his evil bidding and cause chaos to Graham’s land. Specifically, it looks like Manny has found a human who was switched with a gnome at birth, leading the now fully-grown human to be raised as one of the gnomes that took Manny and others hostage in Chapter 2. The footage closes with Manny telling him: “You look like you could use a friend.” The preview ends with Graham looking up at a single tall castle tower sticking out far above the forest trees.

The lead-in to Chapter 3 reveals the following artwork and screenshots: 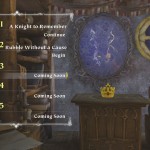 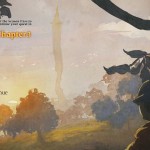 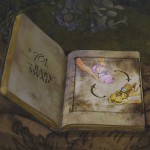 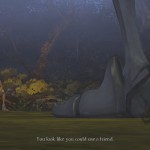 
“Season 1” Info: Developed by The Odd Gentlemen, an independent studio with a talent for crafting fantastical tales, characters and worlds, the new King’s Quest rekindles the classic charm and curiosity that has captivated fans of this family-friendly series for over 30 years. As an aging King Graham looks back on a life of heroic adventure with his precocious granddaughter, Gwendolyn, players will be able to experience first-hand the unforgettable puzzles, places and personalities of his greatest untold stories. The first passage in a five-chapter journey, King’s Quest: A Knight to Remember unfolds on Graham’s early days as a bright-eyed teen in Daventry, competing in a contest of wit and valour for a knighthood in King Edward’s royal court.

This section is reserved for future updates. For whenever Sierra announces when the third chapter of the new King’s Quest is expected to arrive on the PlayStation 4, PlayStation 3, Xbox One, Xbox 360 and Windows PC via Steam.

Here’s the full Sierra press release: “Chapter 3: Once Upon a Climb, the next instalment in the new King’s Quest, is expected to release worldwide on the 26th April on the PlayStation 4 and PlayStation 3 computer entertainment systems, Xbox One, Xbox 360 and Windows PC via Steam.

King’s Quest – Chapter 3: Once Upon a Climb is a romantic comedy adventure featuring a beloved character from the series’ classic beginnings: King Graham’s wife and Gwendolyn’s grandmother, Queen Valanice. Dedicated fans may think they know the legend of how Graham rescued his future bride from the wicked witch Hagatha’s tower but the truth behind the fairy-tale is much more complicated!”