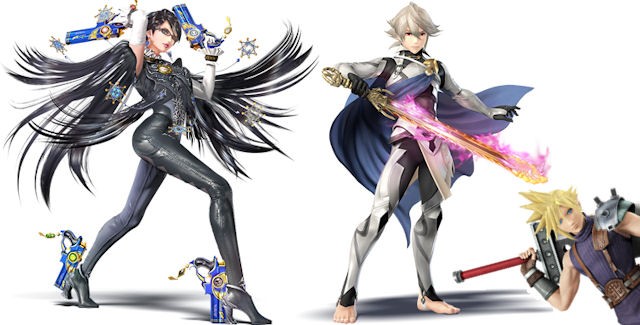 Turns out, Bayonetta was the overall top pick in the recent Fighter Ballot, which asked fans to nominate characters that they would love to see added to the Super Smash Bros. series. Bayonetta was the No. 1 pick in Europe and in the top five in North America. When factoring in the amount of votes, Bayonetta was the clear worldwide choice. 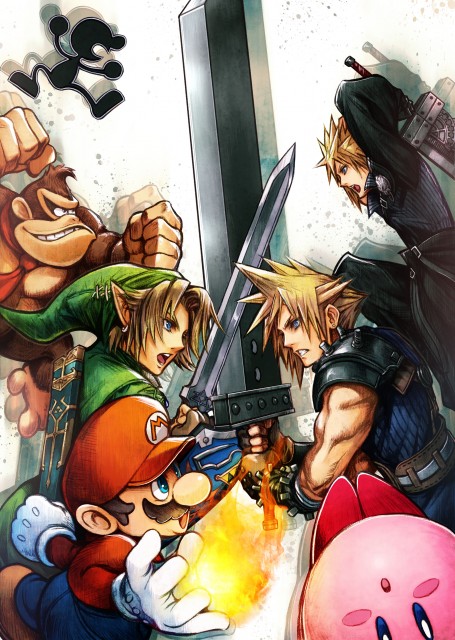 As revealed in the Nintendo Direct presentation last month, Cloud from Final Fantasy VII is coming to Super Smash Bros. for Nintendo 3DS and Wii U. The character will have two costumes: one inspired by the original Final Fantasy VII game and one from Final Fantasy VII: Advent Children. Like in Final Fantasy VII, Cloud possesses Limit Breaks when fighting in Super Smash Bros. As Cloud gives and receives damage, or uses his Down Special Attack, his Limit Break meter will fill. Once full, Cloud can activate his Limit Break. While playing on Midgar, Cloud’s new stage, players can grab Summon Materia that call forth summons from the Final Fantasy universe like Ifrit and Bahamut ZERO. Once activated, only the player who triggered the summon will be safe from damage. Cloud and the Midgar stage will be available as a download in Super Smash Bros. for Nintendo 3DS or Wii U for $5.99, or both game versions together for $6.99, beginning within hours of today’s video presentation. 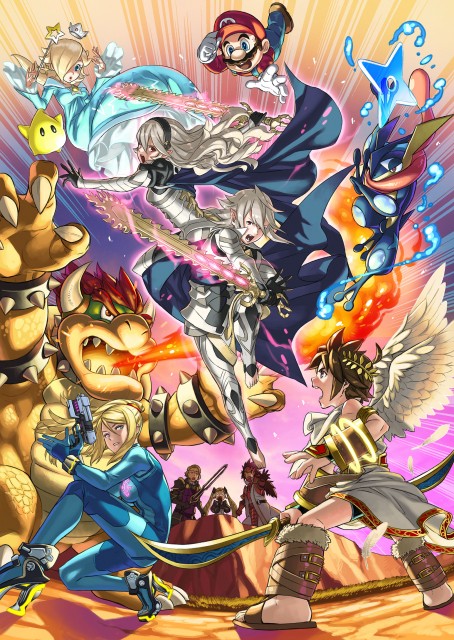 Launching as downloadable content planned for February 2016, Corrin from Fire Emblem Fates joins the roster of both Super Smash Bros. for Nintendo 3DS and Wii U. Like Wii Fit Trainer, Robin and the Villager, players can choose to play as a male or female version of the character. Corrin has the blood of a dragon in his veins, allowing him to transform and pull off attacks like no other fighter. Corrin will be available as a download in Super Smash Bros. for Nintendo 3DS or Wii U for $4.99, or both game versions together for $5.99. 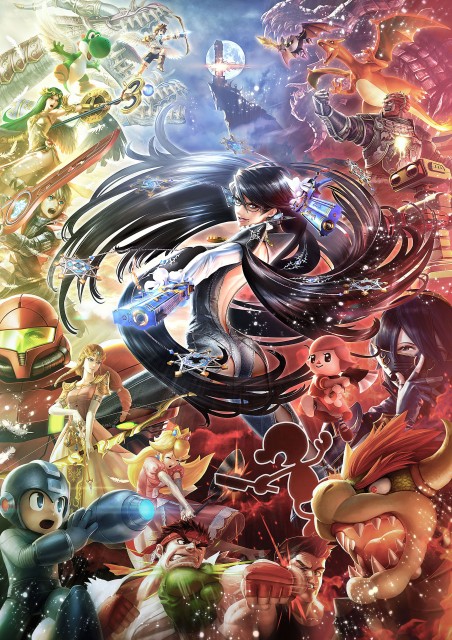 The Umbra Witch herself, Bayonetta, is joining the giant cast of playable characters in Super Smash Bros. for Nintendo 3DS and Wii U as a result of the worldwide Fighter Ballot. Just like in her action games, Bayonetta is a combo fighter in Super Smash Bros., chaining different kinds of attacks together. Her signature move is Witch Time, which slows down opponents if they are within range. Her new exclusive stage is called Umbra Clock Tower and is filled with moving platforms and even an alternate world. Bayonetta and the Umbra Clock Tower stage are planned for launch in February 2016, both available for download in Super Smash Bros. for Nintendo 3DS or Wii U for $5.99, or both game versions together for $6.99.

In addition to detailed information about the new characters, Sakurai also revealed two new stages coming to both Super Smash Bros. for Nintendo 3DS and Wii U as downloadable content. Midgar – a familiar location for fans of Final Fantasy VII – will join the series as Cloud’s stage, while Bayonetta will feel right at home in the Umbra Clock Tower stage. New Mii Fighter outfits will also be added to the game, highlighted by a full costume inspired by Geno from the Super Mario RPG: Legend of the Seven Stars game for the Super Nintendo Entertainment System.

All of these new additions will be the last downloadable content for Super Smash Bros. for Nintendo 3DS and Wii U. This new content brings the total number of playable characters to 58, the total number of stages in both versions of the game to 84 and the number of costumes and hats to 99 and 97, respectively.

Launching at the same time as Cloud, a new Chocobo hat for Mii Fighters will release as downloadable content. Also launching is a costume based on fan-favorite character Geno from Super Mario RPG: Legend of the Seven Stars, a classic role-playing game for the Super Nintendo Entertainment System created in collaboration with SQyare Enix. Additionally, Mii Fighter costumes for Sonic the Hedgehog series characters Knuckles and Tails, and even costumes inspired by more characters from other franchises will be made available for download in February 2016.

“Mr. Sakurai knows how to go out with a smash,” said Scott Moffitt, Nintendo of America’s Executive Vice President of Sales & Marketing. “With the inclusion of even more surprising characters, stages and costumes, Super Smash Bros. for Nintendo 3DS and Wii U cement themselves as two of the most robust fighting games of all time.”

As with all the other playable Super Smash Bros. characters, Cloud, Corrin and Bayonetta will also get their own amiibo figures. More information about these upcoming amiibo figures will be revealed in the future. Additionally, amiibo figures for current fighters Ryu and Roy, along with a Famicom Color version R.O.B., will launch on March 18. All amiibo figures are sold separately.

I can’t wait to complete my Smash Bros. series amiibo set with Bayonetta at 58 characters strong! 😀

Are the final playable fighters & other DLC what you wanted?