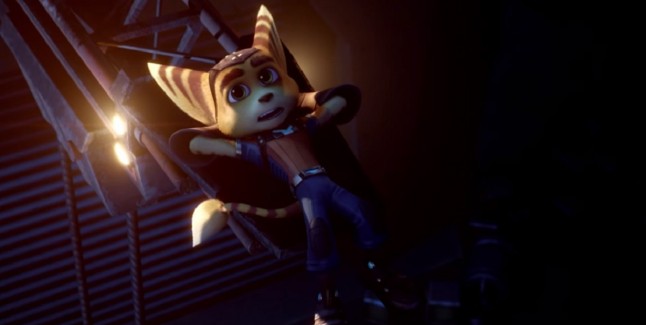 Ratchet & Clank 1 Remake has a release date of April 12, 2016, priced at $40(!) and is in development exclusively for PS4! A full-on, top-to-bottom re-imagining of the first game, the new PS4 Ratchet & Clank (officially entitled simply “Ratchet & Clank”… I hate when they do that. So confusing) will greatly expand on the original title while retelling the tale, with gorgeous movie-quality CG cutscenes, of how the dynamic duo first met!

Ratchet & Clank PS4 is a retelling, remake and reboot of the Ratchet & Clank franchise, reviving it for a whole new generation, in order to coincide with the release of the new “Ratchet & Clank” feature film which hits theaters in the United States on April 12th, 2016!

Ratchet & Clank PS4 will feature all-new weapons, such as the Pixelator (as seen in the trailer above) and will also feature elements from all previous Ratchet & Clank games.

All of it will be set to the backdrop of the original game; while adding all new elements. The game features absolutely GORGEOUS backgrounds & animation, and the quality of both the storytelling, the voice acting and the cinematics (along with the in-game graphics) have truly reached Pixar levels with this first next-gen entry in the series.

This one could be BIG folks.

Check out the full announcement from the Sony PlayStation eXperience 2015 keynote, where they played Ratchet & Clank PS4 on stage and creator Ted Price came out to discuss the new game (skip to 1:20:36 in the video).

With both Uncharted 4 and now Ratchet & Clank PS4 coming early in 2016, Sony fans are in absolute Heaven right now… It’s as if they are reliving 2007-2009 all over again (when Uncharted 1 & Tools of Destruction, then Uncharted 2 & A Crack In Time hit for PS3).

The quality of this new Ratchet game is out of this world….

Now all we need is a true revival of Crash Bandicoot (can you imagine if they were to give him a modern makeover? He could easily become relevant again); a revival of Jak & Daxter, and a revival of MediEvil… And an all-new era of the platformer renaissance would be upon us!

How excited are YOU to see the return of Ratchet & Clank on PS4!?