Yakuza 0 Coming to America Exclusively On PS4. Digital & Physical In 2016 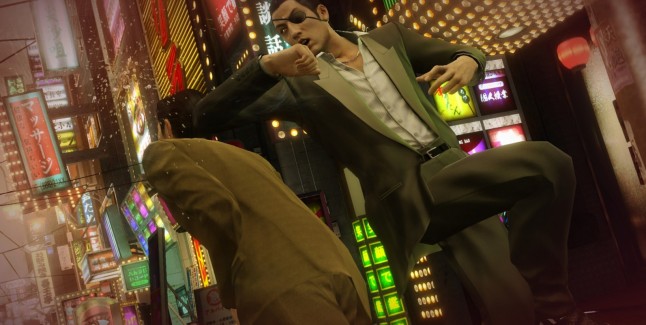 Yakuza Zero is coming to America! It will be released in 2016 exclusively for PlayStation 4, and will hit stores both digitally ANND in physical form!

Checkout the absolutely badass Yakuza 0 US announcement trailer from the 2015 PlayStation Experience Expo.

While the game originally was coming to Europe as well, Sony confirmed it was a typo… The game is officially unconfirmed for Europe/PAL territories.

Hopefully Sony & Sega will come to their senses, or at least release it digitally for PAL…

But if not, at least it is in English in America and can thus be imported since Yakuza 0 will be getting a hardcopy release over here.

It’s also worth noting that Yakuza Zero is coming to PlayStation 4 and not both PS3 & PS4 like in Japan. We will only be getting the higher-def version on the new-gen system.

Looks like you’ll just have to upgrade from your PS3 to a PS4 if you’re a Yakuza fan and want to experience this prequel!

An official release date for Yakuza 0 has not been given, but the game is sure to hit sometime in 2016.

YAKUZA ZERO SYNOPSIS
“Grab your gold chains and break out the party favors, we’re bringing back the 1980s by releasing Yakuza 0 to the Americas. Players will witness the rise of junior yakuza member Kazuma Kiryu, not yet the Dragon of Dojima, as he tries to regain his honor after a botched debt collection that ended in murder.

Additionally, for the first time in a numbered game, gamers will be able to play as Goro Majima, the Mad Dog of Shimano, as he tries to rejoin his clan. You don’t get nicknames like “Dragon of Dojima” or “Mad Dog of Shimano” for being soft, so expect each character to have his own unique fighting style and abilities that can be unleashed on poor rival gangsters.

The game is set in Tokyo, December 1988, and players will experience the cold weather and cold hard cash that is flooding the city. Cash is king and everyone, especially the yakuza, needs to have more of it.

Thankfully, Kiryu and Majima are the “entrepreneurial” type and will have plenty of ways to make, spend, and take money. From telephone clubs to disco halls, there will be ample opportunities for Kiryu and Majima to flex their colorful suits, gold watches, and fat stacks.” – Via US PlayStation Blog

Check out the Yakuza 5 & Yakuza 0 announcements from the PlayStation Experience keynote address! (Skip to 1:05:00 in the video)

This is the 10th anniversary of Yakuza and finally, it looks like the series is getting the recognition that it deserves outside of Japan!

We will only have to wait and see how Yakuza 5 and Yakuza 0 sell.

If they are the biggest sales in the series yet, then we will certainly see Yakuza 1&2 HD Remaster for PS3, The “Yakuza Kiwami” PS4 remake of Yakuza 1, and the upcoming Yakuza 6 for PS4, come to the West! We also got Yakuza 5!

Are you excited about playing Yakuza 0 come 2016?