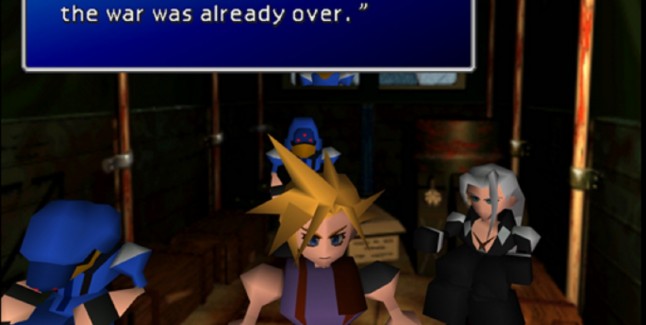 Here is an old graphics comparison between the PC & PS1 versions (from 2012).

The PC version of Final Fantasy VII on PS4 will cost $16, but if you buy it before December 12th, you’ll be able to pick it up on sale for only $11. 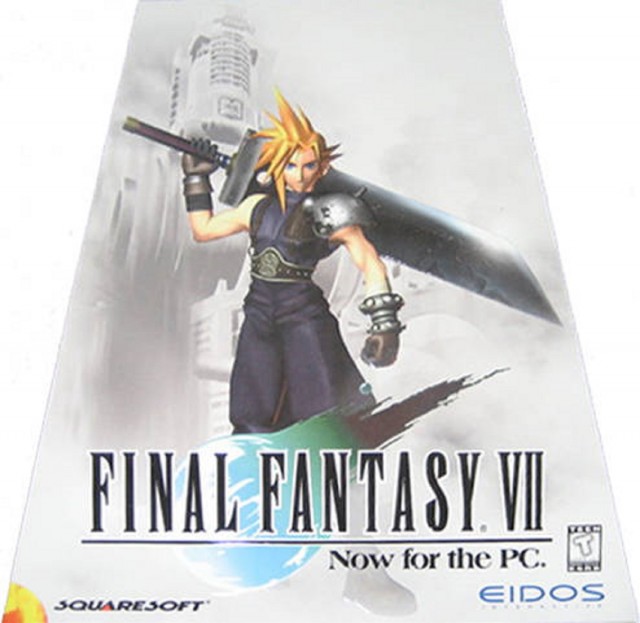 Mako—the discovery of this natural resource drawn directly from the planet’s life force marked the dawn of a new era, and now the energy sustains the lives of people across the world. However, the Shinra Company has monopolized mako production, and in doing so established a powerful hegemony–its influence reaching the far corners of the globe.

Cloud, a former member of Shinra’s military organization, SOLDIER, joins the anti-Shinra resistance group AVALANCHE, despite caring little for their motives. During one of the group’s attempts to stop the company, they learn of the return of Sephiroth, Cloud’s nemesis, and that with his reemergence, the planet is in greater danger than anyone had expected.

With the fate of the world riding on their success, Cloud and his allies set out to quell this deadly threat.

Key PC Final Fantasy VII Features (1998 version):
* Explore massive, beautifully rendered locations in this amazing adventure that goes beyond reality.
* Team up with and play a total of nine characters.
* Battle deadly creatures and the Shinra empire in this state-of-the-art “real time” turn-based battle system.
* Over 60 minutes of cinematic sequences.
* Challenge yourself in the seven mini-games and several sub-quests. 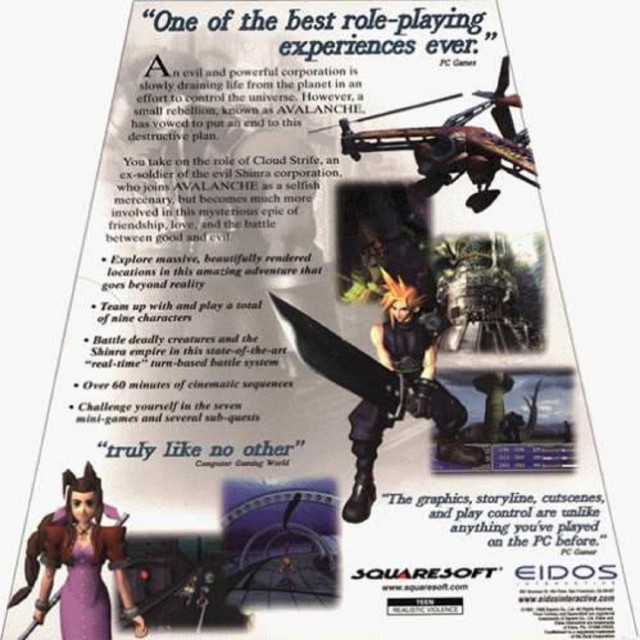 Back of the triangle PC box of FFVII.

In my opinion, the PS1 versions blurrier graphics add personality, and the PS1 version has a vastly superior soundtrack (I feel the same way about the PC versions of Turok; the N64 versions had more pow).

When they enhance it, they tend to make it sound off. I also found that the original console versions pack a stronger punch in their sound effects than the PC version.

Either way, the changes are fairly minimal for anything but diehards, and probably will be worth playing through just for the Trophies alone (if you are into that sort of thing).

Here’s the PC Final Fantasy VII image gallery.
Click on any of these image thumbnails to see the full-size photos: 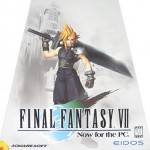 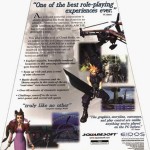 Back of the triangle PC box of FFVII. 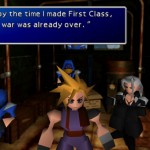 Back in the day on PC!


Do you think you’ll be picking up the PC version of FFVII on PS4 to relive the classic masterpiece?